Cricket Australia (CA) on Sunday congratulated all cricketers who were recognised in the Australia Day 2020 Honours List.

Cricket Australia (CA) on Sunday congratulated all cricketers who were recognised in the Australia Day 2020 Honours List.

Ian Healy, who represented Australia in 119 Tests and 168 One-Day Internationals, was named an Officer in the General Division of the Order of Australia (AO) “for distinguished service to cricket at the national and international level as a player, to the broadcast media, and to the community.”

Healy also holds the world record for international dismissals by a wicket-keeper.

John Orchard, who is a Sports Physician with several decades’ experience, was named a Member in the General Division of the Order of Australia (AM) “for significant service to sports medicine, particularly to cricket.” He has worked CA, Cricket NSW and the Sydney Sixers.

Keith Slater was named a Member in the General Division of the Order of Australia (AM) “for significant service to cricket, Australian rules football, and baseball, in Western Australia.” Slater has served on the executive committee of the Western Australian Cricket Association (WACA).

Apart from Healy, Orchard and Slater, eight other cricketers received the Medal of the Order of Australia in the General Division (OAM).

Ken Adams, Kira Fong, Ian Penny and Barry Smith received OAMs recognising their service to the communities of the Southern Highlands, the Indigenous community of the Kimberley, Warracknabeal and Hunters Hill respectively, which included their work in the cricket community

Cricket Australia Chief Executive Officer, Kevin Roberts, it is humbling to have work recognised in the Australia Day 2020 Honours List.

“Cricket is blessed to have so many remarkable women and men out in the community making a real difference. To have that work recognised in the Australia Day 2020 Honours list is humbling and, on behalf of the Australian Cricket family, I congratulate each and every person who was recognised today,” Roberts said in a statement.

“The Australia Day 2020 Honours List demonstrates that contributions to cricket can be made in many ways, all as valuable as each other. Among the honourees are those who have made an impact at international, domestic and community level in roles as varied as playing to sports medicine to volunteering,” he added. 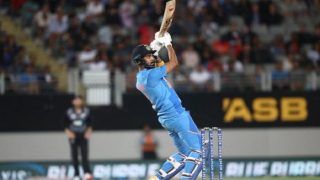