Manoj Tiwary has been quite vocal about his disappointments over repeated snubs in the Indian Premier League (IPL) auctions. Those snubs notwithstanding, Tiwary continues to plunder runs in domestic cricket where he represents Bengal.

Recently, he stuck a maiden first-class triple century against Hyderabad, hitting an unbeaten 303 off 414 with 30 fours and five sixes.

Speaking to ANI, Tiwary said he has no need to make a statement or prove himself to anyone. “I do not want to answer any of them,” Tiwary said of his critics. “My job is to go out in the field and contribute with my bat. I also want to contribute through my fielding but as far as answering anyone is concerned, I do not go out on the field thinking that I have to score big runs to prove somebody outside the field.”

The 34-year-old Tiwary is the first Bengal batsman to hit a triple-ton in Ranji Trophy. “It was very satisfying (knock) because it came at a difficult situation for the team. In the morning, wicket wickets fell quickly. I had to take up the responsibility and spend some time in the middle… I was very happy to execute my plans and most importantly, the team won the game and that is what we were looking for.”

Tiwary has a rich first-class experience having played 119 matches so far, hitting 8752 at an average of 51.78. The current year is his 16th of professional career and he has no plans of stopping yet.

“I want to play another 10 years and to play that I need to be very fit and I have to be consistent enough to make sure that I do not get selected automatically. Based on past performances, I do not want to be in the team. So my priority is fitness and consistency,” he said.

Tiwary has also represented India in 10 ODIs and three T20Is with his last international appearance coming back in July 2015. However, he is still hopeful of playing India again. “It is difficult right now because the team is pretty much settled and we can see how the team is doing really well. It is difficult but you never know what is going to happen tomorrow. And belief has to be there with any sportsperson that he or she can make a comeback at any stage of their life,” he said. 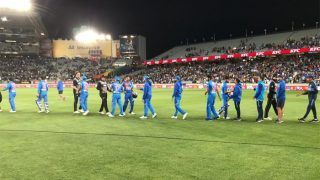 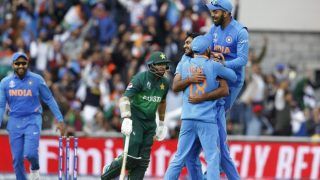