Bangladesh pacer Mustafizur Rahman has to prove his fitness in the upcoming round of the National Cricket League (NCL) to be considered for India tour said chief selector Minhajul Abedin on Wednesday.

Bangladesh pacer Mustafizur Rahman has to prove his fitness in the upcoming round of the National Cricket League (NCL) to be considered for India tour said chief selector Minhajul Abedin on Wednesday.

The 24-year-old left-arm bowler missed the opening round matches of Bangladesh’s premier first-class competition as he is still recovering from an ankle injury.

“He will have to prove his fitness in the NCL game to be considered for the upcoming Test series against India. The physio had given us some guidelines. He was supposed to play from the very first match. However, because he has some minor problem with his ankle, he was not able to take the full load, and therefore was unable to play the first match,” International Cricket Council (ICC) Abedin quoted as saying.

Rahman has to play in the domestic first-class competition before he can be considered eligible for India tour selection, said the Bangladesh Cricket Association (BCB).

“He is in the recovery phase now. We have to assess how many overs he can bowl. I have been given a guideline that he cannot bowl more than 15 overs [per day] in the upcoming match, and so we will consider that and subsequently assess his fitness during the four-day games,” Abedin said.

The second round of NCL games begins on October 17 which gives Mustafizur just over two weeks to prepare for the India tour.

But Abedin said that the call on Rahman’s selection would entirely fall in the team management’s hands.

“This is completely the decision of the team management. We don’t work in the field. There is a fitness trainer, bowling coach, who will judge whether he can bowl in back-to-back matches and how many overs he can bowl,” Abedin said.

Bangladesh will tour India to play three T20Is and two Tests which will be a part of the ICC World Test Championship (WTC). The first T20I will be played at Delhi on November 3. 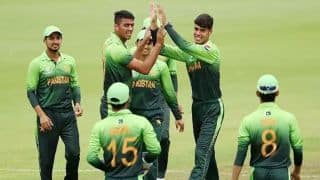 Pakistan U19 to play friendly cricket matches against China 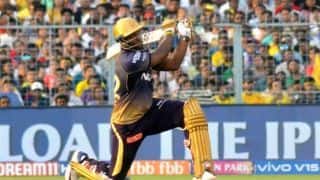