Adelaide, Dec 16: David Warner and Marnus Labuschagne struck the 90s in putting Australia in a strong position on Day One of the second Ashes Test at the Adelaide Oval on Thursday. At stumps, Australia were 221/2 in 89 overs with Labuschagne (batting at 95) and Steve Smith (batting 18) at the crease.

Things were chaotic for Australia before the start of the match. Regular captain Pat Cummins was ruled out after being deemed close contact of a Covid-19 case. It brought Steve Smith back as the captain for the first time since 2018. Cummi’s’ absence paved the way for pacer Michael Neser to debut in Test cricket apart from Jhye Richardson replacing an injured Josh Hazlewood in the playing eleven.

But Warner and Labuschagne laboured hard and got past testing periods to ensure Australia were in a strong position at the end of day one. England were left to rue their missed chances off Labuschagne twice in the day.

Labuschagne, who earlier braved a testing short-ball exam from Ben Stokes in the first session, received a reprieve on 21. Stokes had him edging a pull on a bouncer but it went high to the left of keeper Jos Buttler, who jumped to catch with both hands but ‘ouldn’t get hold of it.

Post tea, things were going smooth for Australia till Ben Stokes struck to break the 172-run stand. Warner fell five short of century, looking to cut through the off-side but the ball went straight to the hands of Stuart Broad at the cover. It was also the second consecutive Test match where Warner was out in the 90s.

Labuschagne started to find some fluency in the company of Smith as Joe Root found some turn off his part-time off-spin. The Queenslander had luck on his side as Buttler put down his catch again on 95, denying Anderson his first wicket with the second new ball. Labuschagne attempted to punch off the backfoot but got a thick edge that was put down by Buttler.

Previously, after Smith elected to bat first, Anderson and Broad provided limited scoring opportunities and challenged the outer edges of Harris and Warner. Harris, saved by DRS on lbw off Broad, was the first wicket to fall for Australia, brilliantly caught down the legside by keeper Jos Buttler diving to his right off Broad.

England went on to burn their two reviews in order to send Warner back to the dressing room. Broad thought he had Warner lbw on 0 in the eighth over while Chris Woakes chased an lbw against Warner. After 12 overs, Australia had just 15 on the board with Warner getting off the mark on his 20th ball.

With Labuschagne from the other end, Warner settled down and struck a couple of boundaries against Broad and Woakes. Labuschagne seemed to be in trouble against short balls from Ben Stokes despite getting a boundary off him.

But then, Labuschagne persisted to stand on the cusp of his first Ashes hundred with Smith looking comfortable as well. England now have a huge task at their hands to claw back into the match on day two. 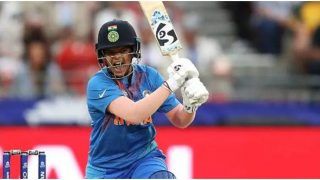 Shafali Verma is Working Overtime to Improve Her Short-Ball Game 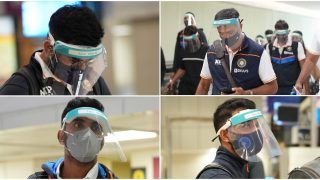