You cannot plan for records: Ashwin on becoming joint-fastest to 350 Test wickets

You cannot plan for records: Ashwin on becoming joint-fastest to 350 Test wickets

After becoming the joint-fastest bowler to scalp 350 Test wickets, spinner Ravichandran Ashwin on Sunday said that no one could plan for these types of records and he has really been lucky.

After becoming the joint-fastest bowler to scalp 350 Test wickets, spinner Ravichandran Ashwin on Sunday said that no one could plan for these types of records and he has really been lucky.

His remarks came after the conclusion of the first Test match in which India recorded a comprehensive 203-run win over South Africa at Visakhapatnam.

Ashwin took the wicket of Thenuis de Bruyn on the final day and he became the joint-fastest to 350 Test wickets along with Sri Lanka’s Muttiah Muralitharan.

In a video posted by the Board of Control for Cricket in India (BCCI) on Twitter, Ashwin said: “Obviously these things happen over a period of time. It is not like you can plan for these sorts of records. I have been very lucky, but it is important to stick to the process and your basics.”

“I want to keep it as simple as possible. When it comes to my skill, I want to be prepared to the best of my ability. I try to be in the best possible physical and mental space getting into a match. I want to keep it really simple,” he added.

Rohit Sharma was exceptional in the match as he scored 176 runs in the first innings and then he went on to score 126 in the second innings. He has become only the second Indian opener to score centuries in both innings of a Test match.

In the first innings, India scored 502 runs and in response, South Africa came up with a spirited performance, as they registered 431 runs on the board.

But in the second innings, in pursuit of 392, the Proteas’ innings folded for 191 runs as pacer Mohammad Shami scalped five wickets enabling India to register a victory before the tea interval.

With this win, India has now consolidated its position at the top of World Test Championship standings. The team now has 160 points from three matches.

India and South Africa will next take on each other in the second Test, slated to begin from October 10. (ANI) 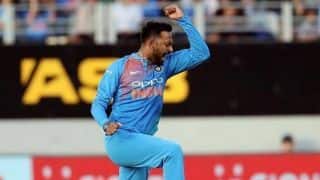 Dream11 Team Uttar Pradesh vs Baroda, Round 2, Elite Group A and B Vijay Hazare Trophy 2019 VHT ODD – Cricket Prediction Tips For Today’s Match UP vs BRD at Vadodara 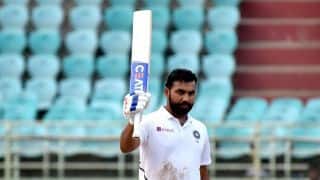 I was mentally prepared to open innings, says Rohit Sharma