He was not an outstanding batsman, but Rameez Raja came good in World Cups. He later became a commentator.

Rameez Raja, Pakistani opener and captain, was born August 14, 1962. Abhishek Mukherjee looks at a few facts about Pakistan s most successful man behind the microphone.

Here, then, is a list of must-know things about the former Pakistan captain.

Rameez was not the first cricketer in his family, and neither was he the greatest: that honour would go to Wasim Raja, arguably the greatest batsman against West Indies at their prime in the 1970s and 1980s. Their father Raja Saleem Akhtar also played for Multan, as did the middle brother Zaeem. Wasim s son Ali Wasim Raja has also played for Surrey Second XI.

2. Certainly not the greatest Test batsman…

Rameez had played 57 Tests without bowling a single ball. This puts him fifth in the all-time list of non-wicket-keepers, after Stephen Fleming (111), Andrew Strauss (100), Peter May (66), and Graeme Wood (59) and obviously on the top of the same list for Pakistanis.

4. … but certainly a World Cup champion

Not only was Rameez a member of World Cup-winning Pakistan team of 1992, he was also one of the crucial cogs behind Pakistan s success story. With 349 runs at 58.16 with two hundreds he came fifth on the batting charts (second among Pakistanis after Javed Miandad); he was also one of the two batsmen to have scored two hundreds in the tournament, the other being David Boon. The second hundred had brought the seemingly unstoppable Kiwi juggernaut to a halt.

When he scored the above-mentioned hundred against New Zealand, he became only the second batsman (after Viv Richards) to score three World Cup hundreds. It had taken Rameez two tournaments and 13 matches to reach there, while Richards made it in his fourth World Cup and 19th match.

6. Yet another World Cup feat

In 1992, Rameez became the first cricketer to take a catch in the last ball of a World Cup. Darren Lehmann is the only other one to have achieved this, in the final of 2003.

7. The banker who became a CEO

Post his MBA from Punjab University, Rameez went on to work as a banker for American Express after studying at the prestigious Aitchison College. Fortunately, good sense prevailed, and he chose cricket. His degree (and playing experience), however, came handy when he was appointed CEO of PCB.

Playing against England at WACA in 1986-87 Rameez was caught off Mike Gatting by Bill Athey at mid-wicket, and started walking away without knowledge of the fact that Tony Crafter had called a no-ball. Athey threw the ball to Jack Richards, who removed the bails. Following a consultation umpires Crafter and Dick French ruled him out.

This was, obviously, not what Law 38(2) said at that time: If a no-ball has been called, the striker shall not be given run out unless he attempts to run. Wisden was not happy: Rarely as such an eventuality arises, two Test umpires should have known the Law.

Surprisingly, he found himself in the same situation against the same opposition in World Cup final 1992. Chris Lewis bounced, Rameez square-cut, and Graeme Hick caught him at point but Steve Bucknor had called a no-ball for height. Astonishingly, Rameez walked away again, but Hick s throw missed. It would have been interesting if the ball had hit the stumps.

Rameez s queer dismissals against England in 1987 across continents (following the dismissal at WACA) continued as he ran himself out for a diamond duck at The Oval. Playing at Karachi later that year Rameez reached 98 with one ball to spare but was given out obstructing the field when he moved the ball from his way with his bat as he scampered for two. In the process Rameez became the first man to be given out obstructing the field in ODIs.

Despite having retired from the sport for over a decade-and-a-half, Rameez, with his reputation as a commentator, his suave, stylish looks, and his untarnished image, continues to remain extremely popular in Pakistan; he is also quite sought-after for commercials. 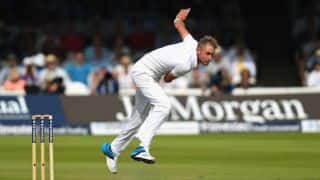 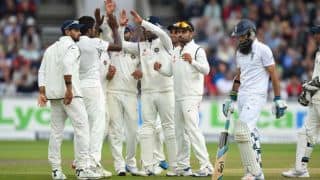