Taking a look at the right-wing party's history of protesting cricket ties with the neighbouring country.

Indian right-wing political party Shiv Sena is known for its hard stand and extremism over issues pertaining to Pakistan. Over the years, the party has used arm-twisting tactics and at times even compelled the governments to do away with any collaboration with Pakistani artists, sportspersons, writers and others. In a recent act, the party forced the organisers to cancel Pakistani ghazal singer Ghulam Ali’s concert in Mumbai on October 9. Few days back, it also splattered black paint on columnist Sudheendra Kulkarni’s face for hosting the book-launch function of former Pakistan foreign minister Khurshid Mahmud Kasuri’s book in Mumbai.

The party also has an ugly history with India-Pakistan cricket ties, as it has on multiple occasions thwarted attempts for cricket matches between the two nations. On Monday, the party forced cancellation of a meeting scheduled between Indian and Pakistan cricket board officials as its members stormed the Board of Control for Cricket in India (BCCI) headquarters to protest the meeting. Chinmay Jawalekar takes a look at 13 such instances from the history when Shiv Sena has protested cricket ties with the neighbouring country. Also Read: Shiv Sena storm BCCI office in Mumbai over cricket relations with Pakistan

1.  Dug the Wankhede strip in October 1991: The members of Shiv Sena, who are also known as the Shiv Sainiks, dug up the Wankhede Stadium strip in Mumbai in order to prevent Pakistan from playing in the city. Not only the Mumbai Test, but the entire series got cancelled in the aftermath of the incident.

2.  Got the possible India-Pakistan Test in Mumbai cancelled in 1998: In the year 1998, when the Bhartiya Janta Party (BJP)–Shiv Sena coalition government ruled the Indian state of Maharashtra, the latter flexed its muscle to get a possible India-Pakistan Test to be played in January 1999 in Mumbai cancelled. The BJP was unhappy with the development and its leader, the late Gopinath Munde, who was the then Deputy Chief Minister of the state, also expressed his displeasure. But the Chief Minister Manohar Joshi, who belonged to Shiv Sena, cancelled the match at the behest of his party supremo Balasaheb Thackeray.

3.  Dug the Ferozshah Kotla pitch in 1999: The Shiv Sainiks dug up the pitch of the Ferozshah Kotla Stadium in Delhi ahead of Pakistan’s cricket tour of 1999. The incident came after the party had protested a Test match in Mumbai and had eventually got it cancelled. The BCCI and the local administration however decided to go ahead with the Delhi Test. The party later threatened that they would release venomous snakes in the outfield during the match. Taking precautions, the BCCI beefed up the security by unleashing a group of twenty-odd best snake-charmers of Delhi inside the Stadium. The match was eventually conducted in a smooth manner and is best remembered for former Indian spinner Anil Kumble’s record 10-wicket haul in the second innings.

5.  Damaged cricket pitch in Agra in 2003: In December 2003, Shiv Sena activists damaged the cricket pitch of the Agra Sports Stadium, the venue for the veterans’ match on December 24 between India and Pakistan.

6.  Vowed to stop Pakistan’s proposed tour to India in 2005: In April 2005, Shiv Sena protested the proposed tour of the Pakistani cricket team to India. The party staged a sit-in in Mumbai and vowed not to allow the matches to be played anywhere in the country.

8.  Threatened to disrupt Pakistan’s games in ICC Champions Trophy in 2006: After the Mumbai serial train blasts in July 2006, Shiv Sena warned that it will stage protests and disrupt the ICC Champions Trophy matches featuring Pakistan in Jaipur and Mohali. The protest came in the wake of Pakistani intelligence agency ISI’s alleged involvement in the bombings.

9.  Opposed participation of Pakistani players in the IPL in 2009: Shiv Sena executive president Uddhav Thackeray in 2009 demanded that no Pakistani player should be permitted to play in the Indian Premier League (IPL) 2. His statement came after the 26/11 terror attacks in Mumbai. Since then, the Pakistani players haven’t been allowed to participate in the cash-rich tournament.

10.  Targeted Shah Rukh Khan in 2010: In 2010, the right-wing party targeted Bollywood actor and superstar Shah Rukh Khan for speaking against exclusion of Pakistani cricketers in the IPL. The party even threatened to disrupt screenings of his movie My Name is Khan.

12.  Criticised Pakistan’s short tour to India in 2012: Shiv Sena strongly criticised the BCCI decision to invite Pakistan for a limited-overs series in December 2012. It maintained that it won’t allow the team to play in Mumbai. The BCCI avoided any unwanted situation by not scheduling any match in Mumbai.

13.  Got the board officials’ meeting cancelled in 2015: On October 19, 2015, ahead of Pakistan Cricket Board (PCB) chief Shahryar Khan’s scheduled meeting with new BCCI President Shashank Manohar on a possible bilateral series, Shiv Sainiks stormed the board’s headquarters at Wankhede Stadium in Mumbai and protested strongly demanding the cancellation of the meeting, which eventually got cancelled. In a later development, the talks were shifted to Delhi and were scheduled to happen there on October 20. 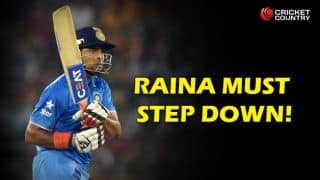