it plays a significant role in winning a big game. 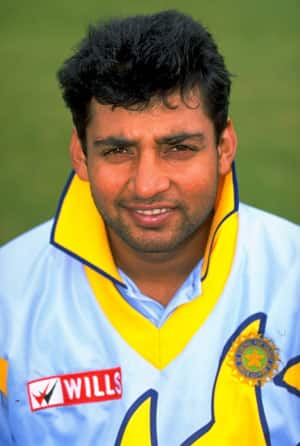 Cameos occupy a special place in our hearts – especially if it plays a significant role in winning a big game. Ajay Jadeja played one such blinder under lights at the 1996 World Cup quarter-final match against Pakistan at Bangalore.

He walked into bat when India were steadily placed at 200 for four in the 42nd over. India needed somebody to throw caution to the wind at this juncture.

In Jadeja, the team found just about the ideal guy to take the attack to the Pakistan bowlers, who refused to allow India run away with the game. Jadeja showed his aggressive intent smacking Aaqib Javed to the long-on boundary. He kept the momentum going at one end even as he lost Vinod Kambli and Nayan Mongia in the death overs.

He launched a fierce cover-drive off Waqar Younis in the 48th over before picking a yorker early and depositing it over the mid-wicket boundary as India took 22 of that over. The Chinnaswamy Stadium went berserk with the sizzling strokeplay on display.

Jadeja carved out a special liking for Waqar and he took him on again in the final over of the innings. He eased the first ball to the square boundary before hoisting the bowler over the mid-wicket fence. It was of little consolation for Waqar to see Jadeja attempt another big shot off him and hole out in the deep.

Waqar’s first eight overs yielded only 27 runs but his last two went for a colossal 40 runs courtesy Jadeja’s mayhem which came from 25 balls, packed with four fours and two sixes. Jadeja’s blazing innings was of immense significance, as it not only panned out to be a big factor in India posting a score in excess of 280 but also in India booking its semi-final place.