The most memorable batting performances this year in Test cricket. 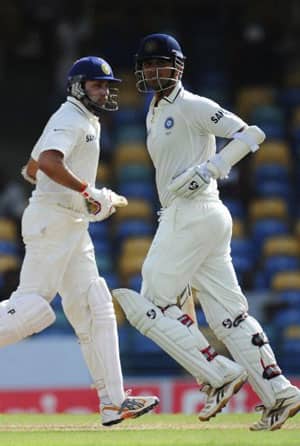 India were facing a mountainous task after they lost the first and second Test by 196 and 319 runs respectively in that rather forgettable series against England. Things weren’t looking bright in the first innings of the third Test either, as India were bowled out for a below-par score of 224. Alistair Cook then ensured that all doors were shut on the visitors as he went about scoring a monumental 294 that helped England post a mammoth total of 710/7 in reply. India eventually lost that Test by an innings and 242 runs, thereby losing all possibilities of even leveling the series.

It is often said that well begun is half done. In the very first Test match of the much-anticipated series against India, Kevin Pietersen drew first blood by scoring an unbeaten 202 and in the process helped England post a formidable 474 for eight in the first innings with a little assistance from Jonathan Trott and Matt Prior. His knock was vital as England towered over India not only in that Test but the hosts also managed to grow in confidence as the series progressed and went on to win it 4-0. Pietersen was adjudged the Player of the Match and was the highest run-getter for England at the end of the series.

For VVS Laxman, the Eden Gardens in Kolkata is a home away from home. In the 10 Test matches that he has played at this venue, Laxman averages 110.63 with five centuries to his name. India were already 1-0 up in the three-match series coming into this Test against the West Indies. Laxman, Rahul Dravid and skipper Mahendra Singh Dhoni played fabulous knocks in the first innings of the second Test as India piled on 631 for seven in its first innings. Laxman’s innings was fortunately not overshadowed this time and he was adjudged the Man of the Match award for his unbeaten 176. It was an innings that ensured India won the second Test comfortably by an innings and 15 runs.

In the fourth Test of that dreaded series against England, Ian Bell‘s 235 and Kevin Pietersen’s 175 propelled England to a huge 591 for six declared. But it was Dravid’s sheer determination and never-say-die spirit that captured the hearts of many. He was asked to open the innings in the absence of Gautam Gambhir, and he braved the troubled waters and scored 146. He carried his bat in the process while the rest of the Indian batsmen fell around him like nine pins. Dravid’s monk-like concentration and endurance has made him the highest run-scorer in Tests in 2011 and the second highest run-scorer in the history of Test cricket.

Taufeeq Umar, Pakistan’s highest run-getter this year, has impressed one and all with some tremendous innings. He is one player who has made some vital contributions to Pakistan cricket over the last year and has commanded respect for the side albeit the team’s tryst with controversies. His 236 against Sri Lanka set the tone for the rest of the series as Pakistan’s batting only grew stronger towards the later stages of that tour. Pakistan eventually went on to win the three Test series 1-0.

The West Indies were out to salvage some pride as they were already 2-0 down in the series. Batting first, not many fancied West Indies to put up a fighting total on the board, especially considering the fact that their main protagonist Shivnarine Chanderpaul was not in the playing eleven owing to an injury. Darren Bravo however had other plans. On a spin-friendly Mumbai wicket, Bravo took the Indian bowlers to the cleaners as he went about doing his task in an utmost positive manner, something that was rare from the rest of the West Indian batsmen throughout that tour. Bravo scored a massive 166, and some healthy contributions from the rest of his teammates ensured that West Indies reached 590 in the first innings of the third Test. Nevertheless, the Indians managed to fight back well and made a contest out of the dead rubber, but the West Indians managed to hold their nerve to chalk out a draw.

Despite carrying his bat through the innings, David Warner’s unbeaten 123 went in vain as Australia conceded defeat to New Zealand after almost 20 years on Australian soil. The significance of this innings is that Warner shattered all myths about T20 specialists not having the skills to succeed in Test cricket. His undying determination was heartwarming to see and his seamless transition from the game’s abridged version to the original format is praiseworthy. It is a whole different issue whether he deserved to be awarded the Man of the Match award despite Doug Bracewell’s heroics with the ball that helped the Kiwis level the series, but with this innings, David Warner proved that he is one for the future.