Bangladesh had their fair share of dominating wins and crushing losses in 2014.

As 2014 comes to an end, the cricketing world finds itself having tasted everything – joys, sorrows, victories and losses. The upcoming year promises more, but before we move on, let us have a look at some of the highlights from 2014 as we bid the year adieu. Having most of the teams performed in their own trademark style throughout the year, Ayush Gupta takes a look at Bangladesh and their highlights of 2014.

Bangladesh, at times, is seen as a formidable side considering its rankings in the top-10 of the International Cricket Council (ICC) table in all formats. However, considering their performance and position, they are generally referred to as the minnows.

The year 2014 has been a mixed year for them as they hardly got the result they wanted. Considering their performance in Test cricket, they played seven Tests the whole year and have managed to win only three while also having managed to draw one. Their biggest win came during their last Test of the year, against Zimbabwe, in November where they won by 186 runs and registered a series whitewash of 3-0, while their biggest loss was against Sri Lanka, the very first Test of the year where they lost by an innings and 248 runs.

Considering the limited-overs format, Bangladesh has fared extremely poorly as out of 18 One-Day International (ODI) matches they have managed to win only five with one ending without result. Their biggest victory was against Zimbabwe, during the third ODI at Dhaka in November, where they won by 124 runs, while their biggest loss was against West Indies, during the second ODI at St. George’s in August, where they lost by 177 runs.

The T20s also tell the same story with 10 matches, just a couple of wins and seven losses. The biggest win came against minnows Afghanistan, during the ICC World T20 2014 in March, in their own backyard as they won by nine wickets, while their biggest loss came against the West Indies, during the same tournament, where they lost by 73 runs.

Considering the top performers for the team, Mominul Haque remained the highest run-scorer in Tests with 614 runs in seven matches, while Mushfiqur Rahim was the highest scorer in ODIs with 704 runs from 18 matches and in the T20s, it was Anamul Haque with 285 runs in 10 matches.

In the bowling section, it was Bangladesh’s star all-rounder, Shakib-al-Hasan, who has dominated the list after claiming 27 wickets from just five Test matches and in the ODIs as well with 21 wickets in 12 matches along with 11 wickets from nine in the T20s.

The year 2014 saw a few controversies as well in the world of cricket. However, for Bangladesh, it was one of the most shocking controversies in the recent past when their star all-rounder, Shakib was banned from three ODIs following a controversy regarding an indecent gesture towards the dressing room during the second ODI loss to Sri Lanka at Dhaka. He was also involved in a brawl during the first ODI against India at Dhaka, where he violated the rule of leaving the dressing room during a match and a case was filed for being involved in the brawl.

However, the biggest shock came when he was banned for six months by the Bangladesh Cricket Board (BCB) due to a severe attitude problem. It was also alleged that he left to play in the Caribbean Premier League (CPL) without informing the officials and collecting the No Objection Certificate (NOC) along with an issue with the coach, Chandika Hathurusingha, where it was rumoured that he threatened to retire from all the formats of the game.

Overall, Bangladesh, despite being a good team with good players was unable to deliver the performances their fans die for. However, with the talent that is there at their disposal, they can be a major force in the coming years. 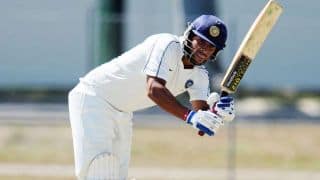