Indian cricket went into transition mode, all over again.

A star is born

One cannot help but feel pity for us, the hapless Indian journalists. They (we) had breathed a sigh of relief after the Boxing Day Test, 2014, got over: finally there was some rest to look forward to. Then MS Dhoni dropped the bombshell. And out came the laptops. And Indian cricket went into transition mode, all over again. The mantle passed on to Virat Kohli, the abrasive, uncompromising, innovative, aggressive genius India has learned to love over time. Yearender 2015: Top 10 debut performances across formats

India turned up at Sydney with three fast bowlers, yet to reach their prime; five batsmen, none of whom was exactly senior; a steadily improving Ravichandran Ashwin, who would scale new heights later that year; a wicketkeeper, ready to prove his worth after being on the fringes for ever; and one Suresh Raina, who looked as out of sorts as ever in whites.

There was not much Kohli could have done about it, for the pitch was placid, the bowlers were raw, and the opposition had a mace-yielding David Warner, an unflinching Chris Rogers, and a ridiculously consistent Steven Smith. So Kohli took matters in his own hands, scored 147 and 46, and the Test was saved. India in with a great chance to win ICC Under-19 World Cup 2016 after going unbeaten in tri-series

It was June, by the time Kohli strode out in whites again. His openers — the consistent Murali Vijay and the mercurial Shikhar Dhawan — put on 283 at Fatullah, Bangladesh crumbled against Ashwin, followed-on, but rain intervened. The Test also saw Harbhajan Singh shaking the last remnants of mothballs; he was retained for the Sri Lanka tour.

India acquired a 192-run lead at Galle before they ran into a rampant Dinesh Chandimal and the wily Rangana Herath. Harbhajan, expected to rise like a phoenix, faded out with a whimper. He is yet to don Indian whites again, and is unlikely to do the same. India tour Australia 2015-16: Unfortunate for Shreyas Iyer, Amit Mishra and co but selectors have done well

But here was Ashwin, a man who had looked pedestrian overseas till the Australia tour. He was a different bowler in Australia, but flat tracks meant that the numbers looked ordinary. Herath stole the limelight at Galle, but Ashwin followed his Fatullah five-for with 10 for 160. Greater things would follow.

Seventeen days after the Galle Test Kohli became the first Indian captain to win a series on Sri Lankan soil in 22 years. Most Indian captains would have been cautious after losing at Galle. They would perhaps have wanted to bolster their batting to counter Herath. Not Kohli. India vs Australia 2015-16: Will Rishi Dhawan, Gurkeerat Singh, Hardik Pandya, Brainder Sran get an opportunity to shine?

Stuart Binny was flown out as the fifth bowler at P Sara. With 7 for 118 Ashwin emerged the hero, while the steadily improving Ajinkya Rahane and the mysteriously inconsistent KL Rahul slammed hundreds.

India won by 278 runs. At SSC it was 117. Cheteshwar Pujara made a comeback to the side following injuries to both openers, and responded by carrying his bat. This time Sri Lanka ran into a rampant Ishant Sharma in the first innings and Ashwin in the second.

Come November, and South Africa — mighty South Africa, sitting at the pinnacle of ICC Test Rankings — were thrashed 3-0. It could well have been a whitewash, but rain saved South Africa at Bengaluru. AB de Villiers was the only one to put up a fight with the bat. Barring Morne Morkel nobody looked like running through the line-up. And India made merry.

The Indian bowlers took 69 wickets in the series, of which Ashwin had 31. Ravindra Jadeja, making his way back after unreal Ranji Trophy feats, had 23. Both men averaged less than 12, while Amit Mishra, in his two Tests, had his 7 wickets at 17 apiece. Jadeja took a wicket every 6.1 overs; Ashwin, every 5.1; Mishra, 6.1.

The batsmen did not cope as well as they perhaps should have, but then, the ever-reliant Rahane notched up two hundreds in the last Test. Kohli, after starting the year on a high, signed it off in style as well, thereby rubbishing claims of his deteriorating form.

Vijay was as firm as anyone else in the line-up, while Pujara made a comeback, though his record outside the subcontinent needs to improve. As for Dhawan and Rohit Sharma, well, it is perhaps time to look beyond them — what with men like Shreyas Iyer smashing hundreds at over a run a ball.

With looks and aggression to match that of Khal Drogo, Ishant seems to have found the touch that made him look so menacing over half a decade back. It has been an investment too long, but since it has started paying off, it is crucial the selectors stick to it.

Umesh Yadav has shown his hostile pace and accurate reverse-swing can make difference to matches — something Varun Aaron has failed to do. With Mohammed Shami on his way back and Bhuvneshwar Kumar on the fringes, the attack looks better than what it has looked since Zaheer Khan had hobbled out of Lord’s in 2011.

Towering above them, however, have been India’s spinners. They won a series in Sri Lanka, ruining Kumar Sangakkara’s farewell party. They thwarted, obliterated, eradicated South Africa from the series. It could easily have been England or Australia or New Zealand. And there are more of them coming up, taking wickets by the dozen in Ranji Trophy.

But, in the end, India’s 2015 has been about one man — he who converted a bunch of thirsty individuals into a unit that won six completed Tests in six. He led from front, driving and pulling with abundance, putting fielders in the right places and finally finding that perfect close-in combination, making aggressive bowling changes, insisting on players and sticking to them, and emerging triumphant.

And despite the ridiculous criticism regarding his batting, he averaged 42.67 this year, which is not significantly inferior to a career average of 44.02.

Welcome, Virat Kohli. This has been your year. May there be more.

When India were busy drawing the SCG Test, MS Dhoni was cooling his heels somewhere. He came back to lead his side in the Carlton Mid Triangular Tournament, where India did not win a single match. The fanatics called for Dhoni’s head. Had Dhoni hailed from a big city, they would probably have stoned his house as well.

But then came the ICC Cricket World Cup 2015. Just like the 2003 edition, India lost only to the eventual champions. India dominated seven matches on the trot, not only winning them but also bowling out the opposition on every occasion.

Dhoni was there, in everything, playing a hand here and there in the World Cup, sealing the match against West Indies, and playing a more than crucial hand against Zimbabwe, both in chases.

No, Dhoni is not the same finisher anymore. But then, concurrent traffic on CricketCountry page-views did not drop even when India needed 99 from 34 balls in the semi-final, and took a nosedive thereafter.

He moved up the order against Bangladesh, but India ended up losing a series, for the hosts turned up disguised as Mustafizur Rahman. Kagiso Rabada, another young seamer, proved crucial in India’s ODI series defeat against South Africa as well, as did de Villiers and Faf du Plessis.

Rohit fulfilled his usual quota of the one sensational limited-overs innings at home. This time he chose a T20I, against Dharamsala. In 2014 he set a world record for the highest ODI score. In 2015 he merely got the Indian record, but what a hundred it was! One wished he keeps delivering them more often, but then, consistency has always been an issue with him…

Had India been told before the year that they would win seven matches on the trot and make it to the top four, they would probably have settled for that. The same should not apply for the upcoming World T20, for India will have home advantage.

Perhaps the stage will give Dhoni the grandest of farewells. Perhaps it will push him to go on further. Whatever it is, a spectacular year lies ahead of Dhoni, Kohli, their mates, and their fans. 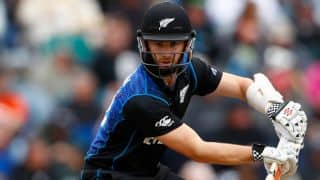 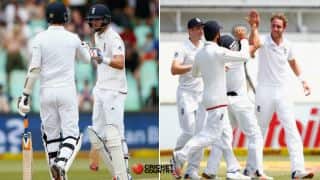