In 2018, Afghanistan won 19 of 28 international matches across formats.

Fact: Afghanistan have won ten Twenty20 internationals in a row since the start of 2018. In the last two years, they are 16-3 in the format.

On Sunday, a day after a breaking a few T20I records, Afghanistan beat Ireland again to sweep their series in Dehradun 3-0.

Ranked eighth in T20Is ahead of Sri Lanka and Bangladesh, Asghar Afghan’s team of trend-setters has won hearts around the world and have proved that in the shortest format they are no pushovers. (READ: Afghanistan smash records, eye dream start at World Cup)

But what about in ODIs, just three months before the start of the 2019 ICC Cricket World Cup?

They are ranked tenth in the format, and having won last year’s ICC World Cup Qualifiers in Zimbabwe to secure passage to this summer’s mega-event, they proved that they belong. In that tournament, Afghanistan’s chances hung by a thread after losing three games in a row, but in a turnaround that ranks as one of the greatest in ODIs, the team stunned their critics by beating West Indies by seven wickets in the final in Harare.

In 2018, Afghanistan won 19 of 28 international matches across formats. They swept Bangladesh 3-0 in a T20I series, made their long-cherished Test debut and nearly reached the final of the Asia Cup. After the team bowed out with a memorable tie against India, the skipper stated that Afghanistan had sounded “the warning bells” to major cricketing nations.

Beating Sri Lanka by 91 runs and Bangladesh by 136 runs and running each Super Four match into the last over underscores the threat Afghanistan pose, as well as the fact that winning the key moments remains huge – a fact that Afghan said his team now realised.

In Rashid Khan, who on Sunday took four wickets in four balls, Mohammad Nabi and Mujeeb-ur-Rahman they have a brilliant spin-bowling trio. Nabi is a proven allrounder and Rashid, as the Asia Cup and Big Bash League proved, is no mug with the bat.

Samiullah Shenwari and Gulbadin Naib are handy players; Rahmat Shah and Hashmatullah Shahidi are batsmen who can hang around and built innings; and in the Hazratullah Zazai the team has a free-stroking opener capable of doing serious damage.

The World Cup in England will take Afghanistan out of their comfort zone, but given the nature of surfaces there and the size of most venues, there is merit to seeing these side give a few teams a scare.

Afghanistan now move into a five-ODI series with Ireland in Dehradun, and after a Test with the same team they will play two ODIs in Scotland in May. 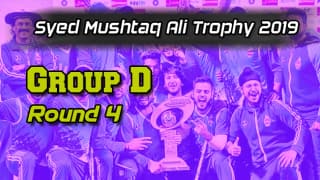