The list of players sidelined by injury ahead of the 2019 ICC Cricket World continues to grow, with Pakistan allrounder Mohammad Hafeez the latest.

The 38-year-old underwent a follow-up surgery on his fractured thumb in England earlier this week and has been advised by doctors to rest for two weeks before resuming training.

Mickey Arthur, Pakistan’s coach, has set April 14 as the deadline for players to undergo their final fitness tests before they can be considered for World Cup selection. Pakistan are scheduled to fly to England around April 24 to play practice games, a five-match ODI series against England and two warm-up matches against Bangladesh and Afghanistan before the World Cup. (READ: World Cup Countdown: Wasim Akram, Imran Khan script Pakistan’s glory)

Earlier this week, Australia fast bowler Jhye Richardson was sent home from the UAE after he dislocated his shoulder in Sharjah. An update from his BBL franchise Perth Scorchers on Thursday revealed the “best case scenario” for Richardson, who is optimistic about returning to Australia’s ODI squad this summer.

Mitchell Starc and Josh Hazlewood, who missed the ongoing ODI series with Pakistan due to injury, are both expected to be fit for the tournament,

And while he is unlikely to be named in New Zealand’s World Cup squad, the fast bowler Adam Milne remains sidelined with an ankle injury. 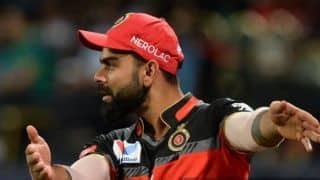 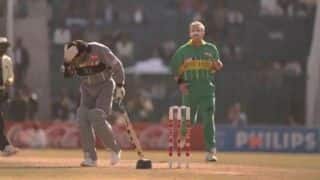