AB de Villiers needs 1 catch to go past Jacques Kallis' record of most catches as fielder in India-South Africa Tests.

0 defeats for India at New Wanderers, Johannesburg, in 4 attempts. They have won 1 and drawn 3 here. This is the joint 2nd-most matches played by India in an overseas ground without losing a match. India have played 6 matches at Bourda, Georgetown and 4 at Antigua Recreation Ground, St John s and have drawn all 10. South Africa, on the other hand, have played 37 Tests here, won 15, and lost 11 which gave them a win-loss ratio of 1.36.

0 instances of South Africa whitewashing India in a Test series at home, in 6 series. They are 1 win away from doing that. However, South Africa had beaten India 2-0 in India in the 2-Test series of 1999-00.

1 wicket needed by Ravichandran Ashwin to go past Zaheer Khan s tally of 311 Test wickets. This will put Ashwin to the list of top four wicket-takers for South Africa, after Anil Kumble (619), Kapil Dev (434), and Harbhajan Singh (417). Vernon Philander (182) is 7th, but is a long way behind Morkel.

1 wicket needed by both Umesh Yadav to reach 100 Test wickets. If he gets there he will become the 20th Indian and 182nd overall to reach there, and will also have a chance to climb up the ladder by going past Irfan Pathan (102), Shivlal Yadav (102), and Karsan Ghavri (109). His teammate Mohammed Shami is on 104.

1 catch needed by Hashim Amla to reach the 100-catches mark in Test cricket. Amla will become the 4th South African non-wicketkeeper to reach there, after Kallis (196), Graeme Smith (166), and AB de Villiers (118). De Villiers also has 89 catches and 5 stumpings as wicketkeeper.

1 catch needed by de Villiers (23) to go past Kallis record of most catches as fielder in India-South Africa Tests. Amla has held 19 catches in these contests.

1 instance of India fielding 3 wicketkeepers in a 3-Test series before, back in 1936 in England. On that occasion the glovemen were Dattaram Hindlekar, Khershed Meherhomji, and Dilawar Hussain. They may emulate that here if Dinesh Karthik replaces Parthiv Patel. India had also used 4 wicketkeepers (a world record for any series) for 5 Tests in the 1952-53 series against Pakistan at home. Ben Stokes to not make England comeback before February 13 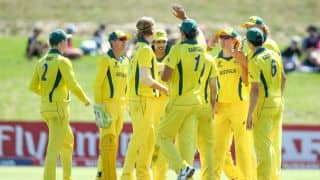