Well, we do not want to spoil it for you but there are some stories which you won t get to see while watching it.

After all the hype and hoopla surrounding one of nation s most eagerly awaited movies this year, the biopic made on India s most successful captain MS Dhoni finally hit theatres and as expected, fans loved it. The biopic ‘MS Dhoni: The Untold Story’ was not full of much untold stories, which was expected but it was presented quite well and surely, actor Sushant Singh Rajput and director Neeraj Pandey did a commendable job. Despite all those good things about the movie, there were few unknown stories which fans wanted to be revealed through this film but that did not happen. Also, there were few flaws as well but overall, it s a must watch movie for every cricket fan. Well, we do not want to spoil it for you but there are some stories which you won t get to see while watching it and the below list is about that.

1. No show of his love towards Army

The movie began its story from the day Dhoni was born and throughout the film, there was nothing shown about his love for Army, about which he speaks a lot in media. Not to forget that Dhoni is also given the rank of Lt. Colonel by Indian Army. Dhoni is mostly seen using Army style designed bags and he has often said that he would have joined Army if he were not a cricketer.

2. Played safe by not revealing the dropping of three big Indian cricketers directly

Names of those three cricketers who were dropped from the India s One-Day side before the Commonwealth Bank (CB) series in Australia were not revealed directly. During the meeting of Dhoni with board s selection panel for the CB series, the former asked to drop three famous cricketers but names of them were muted when they spoke. After looking closely at the lip-sync, it came into notice that only two players’ names were said which was muted. Further, the name of the third player was disclosed when Dhoni switched on the news channel and media talking about his differences with that third player.

3. Nothing on how Dhoni became captain of India

In one scene, India side was shown disappointed after being out from the World Cup 2007 and after few scenes, Dhoni is seen representing the side in the final of ICC World T20 2007. There was nothing shown on how he became the captain of India in both T20Is and ODIs, which was very interesting.

4. Nothing on how Dhoni learnt to play shots on the off-side

5. No other actors playing any cricketer s part

Apart from Sushant (Dhoni) and Herry Tangri (Yuvraj Singh), no other actors were seen playing a role of any cricketer in the entire movie. Before the movie was released, it was said that Fawad Khan will play the role of Virat Kohli, Ram Charan will be seen as Suresh Raina, Gautam Gulati as Zaheer Khan, Shreyas Talpade as Rohit Sharma but there was no such thing and it proved to be a rumour. 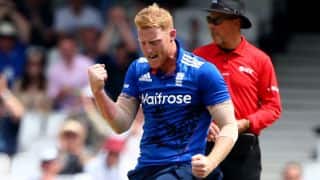 Bangladesh vs England: Ben Stokes likely to be vice-captain for ODI series India vs New Zealand 2nd Test: Is this when Cheteshwar Pujara starts living up to expectations?