7 Non-Muslim cricketers who played for Pakistan

7 Non-Muslim cricketers who played for Pakistan

Quite a few non-muslim cricketers plied their trade for Pakistan at the international level.

Rusi Dinshaw, a former cricketer who was named in the Pakistan squad for their first tour of India in 1952-53, died in tragic circumstances in Karachi on Tuesday. Devarchit Varma takes a look at the other non-Muslim cricketers who played international cricket for Pakistan.

Former cricketer Rusi Dinshaw, who was named in the Pakistan squad for their first tour of India in 1952-53, passed away on Tuesday, March 25, 2014. Dinshaw, who had moved to Pakistan during the partition, did not feature in any of the Tests in that series. His career spanned over mere nine First-Class matches, wherein he scored 171 runs In 12 innings.

Dinshaw’s death in tragic circumstances does bring out the way the Pakistan Cricket Board (PCB) has treated some of its former cricketers. He was the only Parsi cricketer in the history to be named in the Pakistan Test squad. Unfortunately, Dinshaw did not receive the necessary support from the PCB or the government, a scenario that’s totally different when it comes to the Board of Control for Cricket in India (BCCI) treating its former players.

Nevertheless, there have been many non-Muslim cricketers in Pakistan’s history who have played at the international level and brought glory to their side. From Wallis Mathias to the cousin duo of Anil Dalpat, Danish Kaneria as well as Mohammad Yousuf, Pakistan cricket has been blessed with many talented non-Muslim cricketers. Let’s take a look:

1. Wallis Mathias: Wallis Mathias was the first non-Muslim to play international cricket for Pakistan. He played 21 Tests and scored 783 runs at an average nearing 24. Though Mathias may not have enjoyed success in international cricket as a batsman, but he was an excellent fielder who took 22 catches in Test cricket. Mathias wasn’t a very highly-rated batsman, but he essayed some crucial innings to help Pakistan win — such as the knocks of 65 and 45 against the West Indies in Dacca in 1958-59. Mathias scored only three half-centuries in his career, as the two came a year earlier in the Caribbean when he scored 73 and 77 in consecutive innings. Mathias was a fine batsman in the domestic circuit. He played 146 matches and scored more than 7,500 runs at an average of more than 44. He scored 16 centuries and 41 half-centuries in First-Class cricket.

2. Duncan Sharpe: An Anglo-Pakistani, Duncan Sharpe played only three Tests for Pakistan in late 1950s. He was a middle-order batsman who garnered 134 runs at an average above 22. In his debut Test at the Dacca Stadium in the 1959-60 season, Sharpe top-scored in both the innings with 56 and 35. However, his effort was not enough to stop Australia from registering a comprehensive eight-wicket win in the match. Sharpe played 37 First-Class matches in his career, scoring 1,531 runs at an average close to 28. He scored two centuries and seven half-centuries in the First-Class format. The series against Australia was the first and the last for Sharpe, who moved to Australia in 1960 and played in the domestic circuit.

3. Antao D’Souza: Goa-born Antao D’Souza played six Test matches for Pakistan. He scored 76 runs in those six Tests, and is only the second cricketer in history after India’s’ Sadashiv Shinde, whose batting average was more than their highest scores in the format. In fact, D’Souza is also the second Goan to play international cricket for Pakistan, after Wallis Mathias. D’Souza claimed 17 wickets in the six Tests, and 190 scalps in the 61 First-Class matches at an impressive economy rate of 2.53. The highlight of D’Souza’s six-Test career was his outing in England in 1962, as he averaged a surprising 53 and remained not out on five out of the six innings he walked out to bat. D’Souza, whose father moved to Pakistan after the independence, shifted to Canada with his family in 1999.

4. Anil Dalpat: The first Hindu cricketer in the Pakistan Test team, Anil Dalpat is a cousin of the troubled Kaneria. Dalpat was given a national call when Wasim Bari stepped down, and he started off on an impressive note by showing excellent wicketkeeping skills in the debut Test against England in March 1984 off Abdul Qadir, and also showed confidence with the bat. The son of a cricket enthusiast and a cricket club ‘Pakistan Hindus’ owner, Dalpat Sonavaria, Dalpat got the initial boost in his career playing in his father’s club. However, when the opportunity came to display his talent in the international circuit, Dalpat was found wanting. He averaged a poor 15.18 in nine Tests and scored only one half-century. Dalpat’s career did not last long, and shocked many in the early 1990s when he blamed Imran Khan for his short career.

5. Sohail Fazal: A Christian, Sohail Fazal had a very short international career for Pakistan. He played only two One-Day Internationals (ODIs) and scored 56 runs in the two innings that he got in international cricket. His highest was 32 against India in the sixth ODI of the Champions Trophy in 1989-90. Coming ahead of the likes of Javed Miandad and Ijaz Ahmed, Sohail smashed three gigantic sixes to help Pakistan go past the 250-run mark. It was a memorable outing for Sohail as Pakistan won by 38 runs against their arch rivals. In his ODI debut — in the fifth match of the same series against the West Indies — Sohail had scored a fluent 24 off 34 balls with the help of one boundary. Sohail played 33 First-Class matches, wherein he scored four half-centuries.

6. Danish Kaneria: Danish Kaneria was Pakistan’s second Hindu cricketer after Dalpat. A wily leg-spinner, Kaneria, by the look of things, will bow out from international cricket as the third highest wicket taker after Wasim Akram, Waqar Younis and Imran Khan. Kaneria has so far played 61 Tests for Pakistan and has taken 261 wickets, which is the highest by any Pakistani spinner. More than what the likes of Qadir, Saqlain Mushtaq and Mushtaq Ahmed could garner in their careers. However, a lifetime ban by the England and Wales Cricket Board (ECB) for underperforming in a Pro40 match against Durham landed him in trouble, and his career has hit a roadblock.

7. Yousuf Youhana (now Mohammad Yousuf): One of the finest batsmen in Pakistan’s cricketing history, Yousuf Youhana (now Mohammad Yousuf) is all set to go down as a champion batsmen produced by the Asian country. In late 2005, Yousuf converted to Islam. By then, Yousuf had established himself as one of the most prolific batsmen ever to emerge from Pakistan, and the next one year was the proof of that. In 11 Test matches, he smashed as many as 1,788 runs including nine centuries, thus breaking Sir Vivian Richards‘s 30-years long record. Yousuf was the fourth Christian to represent Pakistan in Test cricket — and unarguably the most successful one. Before that disastrous tour of Australia in 2010, Yousuf had seen the highs and lows but had established himself as one of the most prominent contemporary batsmen. The tour saw Pakistan being thrashed by Australia, and the Pakistan Cricket Board (PCB) handed out a life-ban to seniors Yousuf and Younis Khan. Even though Yousuf’s ban was removed in 2010, he remained out of national reckoning, and now appears in few Pakistani channels as a cricket expert. In 90 Tests, Yousuf scored 7,530 runs at an average of more than 52. He scored 24 centuries and 33 half-centuries. In 288 ODIs, Yousuf scored 9,720 runs at 41.71 with 15 tons and 64 half-centuries.

Also to be mentioned in this list is Khalid ‘Billy’ Abdulla, who played in four Test matches and was also the first to score a century on debut for Pakistan in Test cricket. Opening the innings for Pakistan against Australia at the National Stadium in Karachi in October 1964, Abdulla smashed 20 boundaries to score 166. Abullah’s religion is not known. 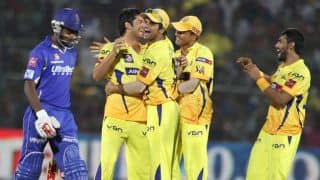