A First-Class match played over 339 days

A First-Class match played over 339 days

July 23, 1795 to June 28, 1796. That was how long it took to complete one First-Class game. Arunabha Sengupta writes about the match at Stokes Down, Arlesford, that was played over 339 days.

Hammond played the first ball. Not Wally, but John. At the other end was another John, the famed John Small.

And the last ball of this First-Class match played at Stokes Down, Arlesford, was delivered 339 days later. Yes, it took 11 months and five days to complete the game

As a precursor to the great deeds performed by the name Hammond, John Hammond top scored with 52. He also bowled and kept wickets in the game.

The match also saw the curious First-Class debut of Frederick Reynolds, a well-known dramatist. By all accounts he was a last minute replacement for a player of the Earl’s team who was suddenly taken ill.

In 1827, Reynolds published his memoirs. In it we get a detailed description of the match, along with startling insights into the world of sledging, and that it existed as early as the 18th century.

Reynolds writes, “I, for the first and last time, played against the celebrated formidable, [David] Harris. In taking my place at the wicket, I almost felt as if I was taking my ground in a duel, and my terrors were so much increased by the mock sympathy of [John] Hammond, [Billy] Beldham and others round the wicket that when this mighty bowler, this Jupiter Tonans, hurled his bolt at me, I shut my eyes in the intensity of my panic, and mechanically gave a random desperate blow, which, to my utter astonishment, was followed by a loud cry all over the ring of ‘Run, run’. I did run; and with all my force; and getting three notches.”

Harris bowled him soon after that. Reynolds played only one other match in his career — for England against Surrey the following summer.

Earl of Winchilsea’s XI managed 125 against R Leigh’s XI — a pretty decent score for those times. Especially so since the renowned Harris was sending down his devious underarm stuff.

But Billy Beldham responded in kind and struck 56 and Leigh’s XI took a 37 run lead. John Ring rallied with a fascinating 58 as the Earl’s XI finished their second essay with 114.

By the end of the third and final scheduled day on July 25, Leigh’s XI were 42 for three, 36 to win and seven wickets in hand.

Usually in such cases, play would have continued whenever it was possible to assemble the players. The announcement that followed the match said that it would resume on August 17.

However, for some reason the players could not be gathered together on the scheduled day of resumption. The summer was soon over, and the match remained unfinished.

Yet, it was not forgotten. By the time the two sides reassembled it was June 28, 1796. Leigh’s team scrambled home by three wickets, a whopping 339 days after the start.

When ACS Publications produced their invaluable Great Cricket Matches 1772-1800 in 2010, the scorecard was split in two. One showed the progress of the fourth innings till July 25, 1795 and the other the end of the match. 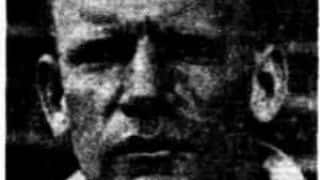 Sohail Tanvir: You can neither rate Pakistan highly nor discard it completely