Why is it that India abounds with people who turn their collective backs to data, statistics, logic and facts while embarking on single-minded bashing of the greatest modern cricketer? Arunabha Sengupta poses these questions to Dr. Suprakash Roy, cognitive psychologist and researcher in Leiden Medisch Centrum.

A quest: I had memories, statistics and inferences, but not the answer to a burning question. And that made me travel to Amsterdam.

My wife sometimes refers to my ability of recall as ridiculously eidetic. While it has never enabled me to remember proofs of theorems or the final date of income tax filing, when the action shifts to the flannels on  green it is indeed striking.

I remember a young lad of 16, blood streaming from the nose, sprinkling the pristine white batting pads with rivulets of red, and yet refusing to retire hurt – facing up to Imran Khan, Wasim Akram, Zakir Khan and Waqar Younis in his fourth Test match. Coming in at 38 for four, he saves the match with a three-hour vigil at the wicket scoring 57.

I remember a 17-year old, patient yet scintillating, coming in at 110 for four, save India once again with defeat staring in the face, working his way to the first of 99 international centuries at Old Trafford.

I remember him as an 18 year old, taking on the fiery Australian pace attack on a lighting quick Perth pitch, scoring what remains one of the most talked about hundreds Down Under even as bigger and older names fall like nine-pins all around him.

I remember him waging lone battles in lost causes, each time coming in at next to nothing for two. The 122 in Birmingham 1996 as I sat in the ISI hostel TV Lounge in Delhi. The 136 which brought India from 6 for two to the doorstep of victory against a rampaging Akram, Waqar and Saqlain Mushtaq in the fourth innings at Chennai. The 169 in Johannesburg against Allan Donald, Shaun Pollock, Lance Klusener and Brian MacMillan after taking guard at 25 for three. The 116 at Melbourne against Glenn McGrath, Jason Gillespie and Brett Lee while the rest of a vaunted line-up collapsed like a pack of cards.

I remember him turning things around with a magical second innings 155 that gave Shane Warne nightmares and won the Test and virtually the series for India in a fascinating counter attack under pressure. The two hundreds in Sharjah that had Tony Greig exclaim, “Sachin Tendulkar wants to win the match.”  The one-man assault he carried out with the bat and sometimes the ball against the Aussies all through the late nineties.

In the new century, in spite of a better Indian batting order around him, lone hands were often required. Rescuing the team from 45 for four at the Bloemfontein with a murderous 155 and batting out time to save the match from 11 for two in the second innings at Calcutta, toting up 176 against the West Indies.

For 20 years and more he has come in to bat with enormous expectations, seldom has there been a respectable score on the board and even now battling the odds after quick loss of wickets.

Through the amazing last few years, he has won an emotional Test match against England with a fourth innings hundred chasing down a steep total on a turner. He has walked in to bat at 38 for two chasing 478 against Australia and has won the match with 214 and 53 not out. He has battled the pace of Dale Steyn to score two hundreds in South Africa at the age of 37, each time coming into a boiling cauldron of heat and pressure.

I remember him winning the VB Series finals with two flawless demonstrations of batting, taking India to the final in the 2003 World Cup with a calculated assault on Shoaib Akhtar that left all speechless except the bowler who now answers with a pen. And he achieved his goal of a World Cup win, topping the batting averages yet again, changing the match in the semi final, with a chancy yet colossally important 86.

An awesome total of 99 centuries, 30,000 runs – several days of light between him and his contemporaries. In Test match wins, more than 5,400 runs with 20 centuries.

If we count only Test innings, where he came into bat in high pressure situations, he has 18 centuries and 26 fifties.

Mann Whitney tests showed him ahead of all the others in Test cricket. In matches won by India he is significantly ahead of others.

A categorical analysis shows him to be the pivotal factor in Indian victories beyond any doubt.

However, I still had questions.

I can see the data and statistics, I can remember the results, and I can vouch people justifiably calling Sachin Tendulkar the 27 for two expert of India.

I have followed his cricket in ways more than that of a cricket enthusiast. I have swayed with him each time a fast thunderbolt of fury have passed him on foreign pitches, I have winced every time his elbow or back has given up on him. I have felt the pressure he has had to deal with each time he has paused and turned to look at the sun before making his way to the pitch, the score perpetually not much for 2.

The questions: Yet, why did people still voice their conviction that Tendulkar was not a match winner? That he crumbled under pressure? Even supposedly intelligent people with statistical education.

Why did people believe Brian Lara has often won matches with second innings centuries and Tendulkar always failed in such situations when the Indian maestro, according to data, outscores Lara and has three centuries in second essays of matches won to Lara’s one?

What makes numerous people wallow in make-believe quagmire of their own where a man worshipped by cricket fans all over the world is brought down in his own land?

I was seeking answers even more as a result of my recent visit to England. The old country was full of admirers who considered Tendulkar the absolute master. Why is it then that India abounds with people who turn their collective backs to data, statistics, logic and facts while embarking on single-minded bashing of the greatest modern cricketer?

There were questions I posed as I met Dr. Suprakash Roy, cognitive psychologist and researcher in Leiden Medisch Centrum. 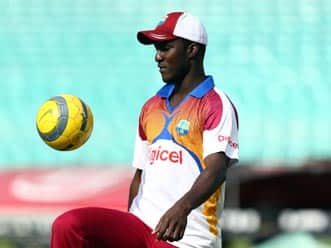