A lot has been written and spoken about Ganguly's 131 but he went on to narrate a little known incident from the Test that remains one of his unforgettable moments and he believes the gesture from Sachin Tendulkar was a quite welcome for him to the club of big boys.

Sourav Ganguly s hundred on Test debut at Lord s is a well-known tale in the cricket fraternity. He brushed all controversies around his selection aside with a stroke-filled 131 against England in the summer of 1996 and became the seventh Indian cricketer to slam a hundred in his maiden Test innings.

Ganguly and Rahul Dravid both made their Test debut in the Lord s Test. In what was a long tour, Ganguly was sometimes occupied by self-doubts and was desperate to get opportunities to prove himself unlike his first tour with the national side, to Australia, in 1991-92.

The glorious 131 is regarded by Ganguly as his most important hundred of his career. A lot has been written and spoken about it but Ganguly went on to narrate a little-known incident from the Test that remains one of his unforgettable moments and he believes the gesture from Sachin Tendulkar was a quite welcome for him to the club of big boys.

“It was in my first Test, I was batting at 100 at tea, Ganguly told NDTV. I quickly came in after batting for six hours. My handle had creaked. I was padded up and a cup of tea was given to me. The tea is very short…of 15 minutes. I was tying my bat handle with the tape so he walked up to me and said you just rest and finish your cup of tea because you have to go and bat, I will do the job .

He further elaborates the incident in his book, A Century Is Not Enough: I was sitting in one corner of the Lord s dressing room. Sachin walked over to me and put an arm around me affectionately. You relax. Have tea. I will put the tapes , he said and began to fix the handle of my bat. I was not out and playing in full flow, interrupted only by the tea break. I had already scored an immensely satisfying debut hundred and was still looking good for some more.

My bat handle had come loose in the long innings a regular occurrence on away tours as the ball hits the splice of the bat because of additional bounce on such pitches. This is what Sachin was offering to fix. The great Tendulkar s gesture might seem like a small one to you. But I knew it meant something more. It was a sign of appreciation, respect and a quiet welcome to the club of big boys..

PS: Tendulkar putting the bat tape for me was another unforgettable moment. It taught me that opinion about a new player changes in the team once he performs. But you can t expect them to respect you the very first day you walk into the dressing room. Respect takes time to build and earn, I realised that day. Important lessons, not just for cricket but for life, he further wrote.

In the next Test at Trent Bridge, Ganguly went a step further and crafted 136. His partner in crime was Tendulkar, who slammed 177. The duo added 255 for the third wicket and marked the beginning of a notorious association.

Ganguly and Tendulkar lead the partnership charts in ODIs, and in Tests their partnership average is above 60! 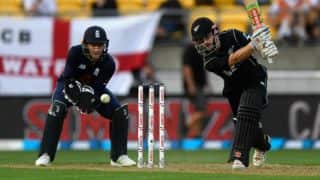