We need to be a little careful about reading too much into this One-Day International (ODI) series, India were always expected to win this one. 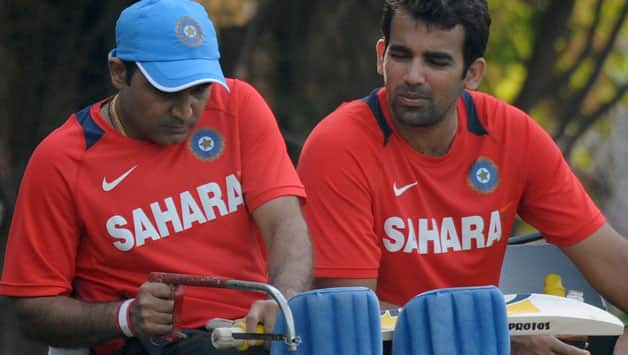 We need to be a little careful about reading too much into this One-Day International (ODI) series, India were always expected to win this one.

The news channels are already saying all is well with Indian cricket again. But we need to be very careful about what conclusions we draw from a series against an English side that has played quite poorly.
India seems to have found the right balance, but in Indian conditions we have always been a balanced team. The big test will come when the team goes overseas.

I still think India need to find a permanent solution to the opening slot. We need a statement on whether we are done with Virender Sehwag and Zaheer Khan in ODIs. Or are we going to look back?

We tried Ajinkya Rahane, gave him a couple of games and then said thank you. It may look like Rahane got a very short run, but it all depends on what the captain’s perception is. If the captain rates a particular player and thinks he is the future, he will get those two more games to prove himself. Rohit Sharma took his opportunity well, so now it is only fair that he gets a run as opener.

India’s bowlers have done well and Mahendra Singh Dhoni has not had to resort to his part- timers too much. With Ravindra Jadeja scoring runs, you can straightaway see the comfort factor that Dhoni has playing with five bowlers. Ishant Sharma has done decently, but is this good form an indicator that he has arrived? He has shown good form and he has shown terrible form in the past; he has not been consistent. With his numbers, nobody would get the number of chances he has got. So it is up to him to stay right and better start making use of this opportunity.

Jadeja has been collecting wickets with arm balls. And it makes you think about Ravichandran Ashwin. Initially people did not quite know how to read him with all his variations, but now the pressure is back on him. It happens with a lot of players, they enter with a bang and then suddenly hit a plateau because people figure out how to play them. Ashwin is an intelligent man who thinks deeply about his game and will be the first to say that he’s not bowling as well as he can. It will be very interesting to see how he plays in the next 12 months, because his challenge begins now. But he is smart enough to know what to do about it.

I cannot say the same for England who have rested so many key players that I do not feel they have taken this series very seriously. The only plus for them is Joe Root. In the Tests you looked at them and said, “Wow, this is a team that is on its way up here.” In the one-dayers you look at them and say, “England have done nothing in this series.” The margins in their last three bilateral ODI series in India have been 5-1, 5-0 and 5-0. This is like the world No. 1 sweeping off a qualifier in the first round of a tournament in straight sets. This should really become 4-1 from here. England have not been competitive after the Rajkot game and it has hurt them.

Their priority is clearly winning the Test series in New Zealand and so they have managed their workload, pulling out key players like James Anderson, Graeme Swann, Stuart Broad and Jonathan Trott from this tour. With them playing, they could have followed up on their historic Test series win and won this ODI series if not have made it closer.

(Harsha Bhogle is respected mediaperson who, over the years, has given commentary on All India Radio, Australia Broadcasting Corporation, British Broadcasting Corporation, ESPN Star Sports and many others. Harsha has also authored numerous cricket books and is the Cricket Brand Ambassador of castrolcricket.com. Castrol Cricket is the official performance partner of the International Cricket Council)

Tendulkar's presence keeps everybody on their toes; the dressing room is special when he is around: Wasim Jaffer