Sohail's doppelganger is Abhijeet Bhattacharya (photo on the right), is an Indian playback singer.

Aamir Sohail (left) is a former Pakistani captain, who made his One-Day International (ODI) debut against Sri Lanka at Sharjah in 1990 and two years later, played his first Test against England at Birmingham. An aggressive left-handed batsman, he played 156 ODIs and 47 Tests and scored 4780 runs and 2823 runs respectively.

Sohail was predominantly a destructive batsman and formed a lethal opening pair with Saeed Anwar. He played a crucial part in Pakistan’s 1992 World Cup triumph and famously told Ian Botham that he might want to send his mother-in-law in to bat after Botham was controversially given out for duck in the finale. He led Pakistan when match-fixing controversy rocked cricket in 1990 and his career suffered big time. After hanging his boots in 2001, Sohail presently is the chief selector of Pakistan Cricket Board (PCB).

Sohail’s doppelganger is Abhijeet Bhattacharya (photo on the right), is an Indian playback singer. From 1990, Abhijeet gave Bollywood and music lovers numerous chartbusters after debuting from Dev Anand son’s debut film Anand Aur Anand. He has sung 634 Hindi songs in 423 films and today, he is one of the top names when it comes to male playback singers. He won the Filmfare Award and Screen Award for the best singer for his song ‘Main Koi Aisa Geet Gaoon’ in Yes Boss and also awarded the MTV ASIA Award in 2004.

He made headlines on May 6, 2015 when he came in support for Salman Khan, who was sentenced to imprisonment for five years in a hit and run case. Abhijeet’s words “Roads are meant for cars and dogs not for people sleeping on them” evoked a lot of criticism by media and angered several Twitter users. 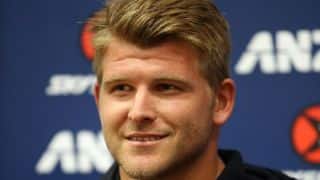