Aaqib Javed, born August 5, 1972, was one of Pakistan’s skilled fast bowlers who played a noteworthy role during Pakistan’s World Cup triumph in 1992. Karthik Parimal looks back at the career of this speedster who thrived in the One-Day format of the game. 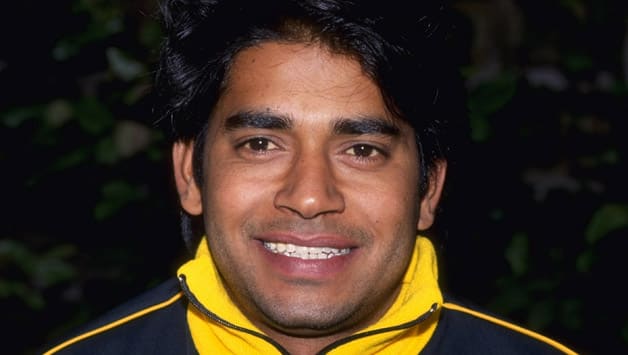 Aaqib Javed, born August 5, 1972, was one of Pakistan’s skilled fast bowlers who played a noteworthy role during Pakistan’s World Cup triumph in 1992. Karthik Parimal looks back at the career of this speedster who thrived in the One-Day format of the game.

Thrust into limelight at the supposed age of 16, Aaqib Javed did well to carve a niche for himself, despite competition from the likes of Wasim Akram and Waqar Younis — two bowlers who went on to become Pakistan’s greatest — and other stalwarts in the side. Although his first few performances, in both One-Day Internationals (ODI) and Tests, made one wonder if his inclusion was rushed and could have waited, such apprehensions were quickly squashed as Javed warmed up to the big stage. Even during his early years, it became evident that he was going to be more effective in the shorter format of the game.

For any Pakistani or Indian cricketer, few things are valued as much as creating an impression against their arch-rivals. If the majestic Sharjah Cricket Stadium served as the backdrop, there was an added buzz to the contest. The finals between these two sides at that venue bring back many a memory. In the October of 1991, Javed paved way for one of his own; one that would be unforgotten. He bagged seven wickets for 37 runs, inclusive of a hat-trick that comprised wickets of Ravi Shastri, Mohammad Azharuddin and Sachin Tendulkar, as India crumbled for 190 during a chase of 263. His figures were the best in limited-overs cricket at the time.

One of the architects of Pakistan’s World Cup victory

Pakistan’s squad for the 1992 World Cup was no doubt bolstered by the return of Imran Khan, but a lot of hopes were also pinned on youngsters like Inzamam-u-Haq, Waqar, Wasim and Javed, all of whom were playing their first World Cup. Throughout that tournament, they were all exceptional. While Inzamam plundered runs and Wasim had batsmen flummoxed with his reverse-swing, Javed chipped in at crucial junctures to turn the tide in Pakistan’s favour. In the absence of Waqar, he opened the bowling and finished with figures of 8-1-21-3, accounting for the wickets of Tom Moody, David Boon and Ian Healy in a fiercely fought contest against Australia. Tempers flared on both sides, but Javed maintained his composure to steer Pakistan home.

A master in bowling the slow ball, he put his skill to good use in the semi-finals against New Zealand and took two key wickets in the final against England — that of Neil Fairbrother and Alec Stewart, and conceded just 27 runs from his 10 overs. Pakistan won that game, and in the process the World Cup trophy, by 22 runs.

After the 1992 World Cup, the Pakistani team travelled to England for a five-match Test and ODI series. During the third Test at Old Trafford, Javed got his first taste of controversy. The visitors batted first and amassed 505. In reply, England had reached 379 when their last pair came together. Immediately, Devon Malcolm, the No. 11 batsman, was greeted with short-pitched deliveries from Javed. At this point, the umpire Roy Palmer felt that that the bowler was overdoing the bouncers and duly warned him. This didn’t go down well with Javed, and also the Pakistani skipper Javed Miandad.

Despite the warning, Javed continued to pitch it short and Palmer was forced to call it an illegal delivery. This irked the bowler and the captain, who both began exchanging heated words with the umpire. After the over, Javed alleged that the umpire had returned his sweater in a not-so-friendly manner. Wisden stated that the sweater was returned with “more emphasis than usual, probably because it was caught in his belt.”

Miandad, though, was solidly behind Javed. “Though pitched short, Aaqib’s deliveries were not getting up above waist height. I don’t care which way you look at it, that’s just not a bouncer. This is the point I made to umpire Palmer. Many people felt I was unnecessarily confrontational in that incident. This is a regrettable misinterpretation. I was trying to make a point, albeit forcefully. Aaqib was right and umpire Palmer was being unfair to him,” he writes in his autobiography Cutting Edge.

Although Javed was an asset in the overs-limit format of the game, he at times gave the impression that Tests weren’t his forte. In Sharjah in 1995, he registered yet another five-wicket haul against India in an ODI. Later that year, he took his maiden Test five-for against Sri Lanka at Faisalabad, but it was to be his last game in the whites for another three years. In the meanwhile, he continued to be a part of the ODI setup; however, the consistency was clearly missing. He returned in 1998 for one Test against Zimbabwe, at Peshawar, and went wicketless. That was to be his last outing on the international stage.

Javed continued to be of service to Pakistan cricket as an assistant coach and passed on invaluable tips to the youngsters during early 2000. He is currently the national coach of the United Arab Emirates (UAE) cricket team. 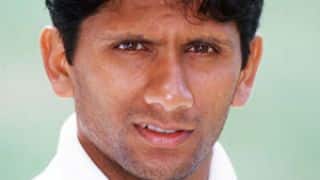 Venkatesh Prasad: Seldom got the credit he deserved