South Africa’s 21-year wait came to an end when they finally won their first ODI series on Sri Lankan soil.

South Africa’s 21-year wait came to an end when they finally won their first ODI series on Sri Lankan soil. Abhishek Mukherjee looks back at the success story of the Rainbow Nation.

Remember the iconic quote (often erroneously credited to Albert Einstein) “Two things are infinite: the Universe and Human Stupidity”? The time has come to add a third entry to the list: AB de Villiers’ ability to surprise the world with his batting prowess.

The innings de Villiers played on July 12 at Hambantota was one of its kind, which is saying something, given his innings. Bazooka bats, smaller boundaries, and Twenty20 cricket have increased scoring rates; de Villiers’ strike rate in the innings was 152 — which, though spectacular, was not unusual in contemporary cricket.

It was the way in which de Villiers clobbered the Sri Lankan bowling that made the innings special. Yorkers (from Lasith Malinga, no less) were dismissed to the fine-leg boundary. Malinga switched to his yorkers-outside-off-stump strategy that had won the World Twenty20 for Sri Lanka. AB de Villiers’ response was electric: the ball sped through cover in a flash. Malinga repeated, a couple of overs later, but de Villiers was too quick: the baseball swipe launched into the crowd over long-on.

When Rangana Herath bowled a middle-stump line , trying to turn one away, he was dismissed over deep square-leg; when he pitched outside off, he was slog-swept with a near-impossible brutal arc of the bat. Once Malinga and Herath fell apart, the rest was as easy as they came: Sachithra Senanayake and Ajantha Mendis stood no chance.

He went on the back-foot and hit Mendis over long-off (how does one do that?), and then, almost bored by the ease at which he slaughtered the Lankans, he played a near-vague stroke and strode off. They could easily have given away the Man of the Match Award at the innings break.

The 71-ball 108 had broken the Lankans, more so since it had followed Quinton de Kock’s 127-ball 128. Sri Lanka lost by a whopping 82 and conceded the series.

South Africa had won their first Test series on Sri Lankan soil in 1993 thanks to Brett Schultz. It has not been a year since they had won their maiden T20I series as well. Their maiden One-Day International (ODI) series triumph, however, had to wait.

They had started on a high at the Premadasa Stadium with their newly appointed Test captain Hashim Amla scoring a ton and de Villiers contributing with 75. Kumar Sangakkara’s magic had almost done it once again before a classic catch from Faf du Plessis and a mounting asking rate had sent him back.

The hosts roared back at Pallekele: with a 90-ball 86 and three for 40 Tillakaratne Dilshan was the undisputed hero, but it was really Malinga’s brilliance in the first spell that had pushed South Africa to the back-foot. Amla scored a 102-ball 101 out of a team score of 180, but it was never enough.

But in the end, it was de Villiers’ magic at Hambantota that turned out to be the difference between the sides. Few have been as proficient across all formats of the sport (Virat Kohli is the only other one who comes to mind). The numbers are mind-boggling: 7,168 runs at 51.94 in Tests; 6,543 at 49.94 and a strike rate of 94.4 in ODIs; and 1,007 at a strike rate of 125.2 in T20Is; a lot of these have come while saving a place by keeping wickets, and he currently leads the ODI side.

The disappointing performances came from a few of the big guns: Jacques Kallis did not bowl and scored a mere five from three innings. Dale Steyn, Morne Morkel, and Vernon Philander were all taken for over six an over. This may be attributed to unhelpful wickets, but it should not be a deterrent for a bowler of Steyn’s calibre.

On the other hand, Imran Tahir was at home in Sri Lanka, finishing at the top of the charts with six for 120 from 27 overs (he had also tasted success in World Cup 2011), but it is unlikely that he would get similar tracks in Australia and New Zealand.

As expected, the only genuine performances came from the seniors — KumarSangakkara, Dilshan, and at Pallekelle, Malinga. Mahela Jayawardene failed, exposing the brittle Sri Lankan middle-order. Despite de Villiers’ onslaught at Hambantota, Mendis did a commendable job throughout the series, Herath was also tidy in his only outing of the series, and Angelo Mathews, as always, was reliable.

Despite that things do not look very bright for the Lankans, more so with the recent ban on Senanayake. However, to be fair to them, the pitches will be different in the World Cup; Sri Lanka’s fast bowlers have been good in England, and it will be a good idea to try them out.

The actions were performed by a genius almost peerless in the art and should not be imitated by anyone. You are better off trying to copy Amla. 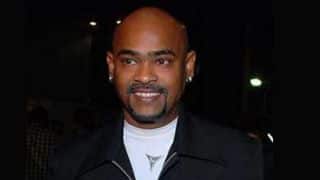