AB de Villiers retirement and the stages of grief

AB de Villiers retirement and the stages of grief

As a student of psychiatry I have heard stories of bereavement for the last one month but could never actually gauge why and how tough it was to deal with it.

When AB de Villiers took that Spider-Man catch on the deep mid-wicket boundary, I was drawing blood samples from a patient of mental disorder. I watched the catch later online but in the back of my mind I knew I will still be able to see many such catches from him in the future. In fact, when I joined residency, I was counting on my luck that the World Cup would be in 2019 when I would be in 2nd year of my residency, a year relatively less hectic as compared to 1st year. Perhaps I would take a leave and watch my favourite cricketer AB and South Africa lift the World Cup at Lord’s.

Yesterday, I was preparing posters for World Schizophrenia Day when a WhatsApp notification buzzed. My close friends wanted to know whether I was okay. It was quite strange for a budding psychiatrist to be asked this question, because lately, it has been me doing all the questioning.

It pained me to get to know that de Villiers had retired from international cricket. For a moment I stood silently and then gathered myself. I felt bereaved. I wanted it to be fake. And then I saw the video which he had posted himself.

As a student of psychiatry I have heard stories of bereavement for the last one month but could never actually gauge why and how tough it was to deal with it.

And then came this news and suddenly I knew what bereavement meant. According to Elisabeth K bler-Ross, there are five stages any normal individual goes through on suffering bereavement. They are called stages of grief. We, as students, remember it with a mnemonic, DABDA, which stands for Denial, Anger, Bargain, Depression and finally Acceptance.

Currently, as a big fan of him, I am still in a stage of Denial and it will take me some time to reach to Acceptance.

Life moves on and there will be peace but till then I just want to sit back and soak in the memories the genius offered us.

And as I write this, I realise how the acronym DABDA has ABD hidden in it.

The decision AB took was personal, so I forgive him. The joys he provided to cricket fans will, however, never be forgotten. 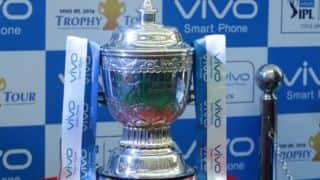