Born on December 2, 1979, Abdul Razzaq was one of Pakistan’s most effective all-rounders and rated by the great Sachin Tendulkar as one of the toughest bowlers he has faced. Prakash Govindasreenivasan parses through the career of the six-foot Pakistani, who could’ve reached greater heights but for inconsistencies and controversial choices. 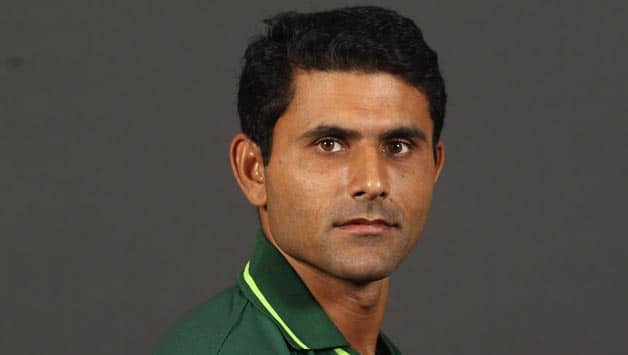 Abdul Razzaq is a wonderful talent and a true utility player, and will consider himself unlucky to have been underutilized by Pakistan © Getty Images

Born on December 2, 1979, Abdul Razzaq was one of Pakistan’s most effective all-rounders and rated by the great Sachin Tendulkar as one of the toughest bowlers he has faced. Prakash Govindasreenivasan parses through the career of the six-foot Pakistani, who could’ve reached greater heights but for inconsistencies and controversial choices.

Around 12 years ago, when a young 20-year-old boy ran in to bowl to the Zimbabwean batsmen in a One-Day International (ODI) at Lahore, many around the world would’ve thought they had spotted the next Imran Khan.

Abdul Razzaq was never as quick as Imran, but not many batsmen could understand his pace or his line and length. Razzaq didn’t look like a lethal bowler by any stretch of imagination. But nevertheless, he was a hard worker and had a machine-like mechanism that allowed him to run in and bowl similar deliveries for hours together. His run-up was as simple as it could be and often tricked batsmen into taking him lightly and gifting their wicket to him in the process. For a bowler who bowled medium-pace on flat subcontinental wickets, Razzaq was gifted with the ability to bowl it in the right areas as often as he tried. He was a tricky customer with the unusual power to skid a few deliveries into the batsman and leave them flabbergasted. As a medium-pacer, his knack of getting the ball to reverse gave him the edge while bowling on sub-continental pitches where he has picked up a lot of wickets. So much that Sachin Tendulkar rated him as one of the toughest bowlers he ever faced.

As a lower-order batsman, he was often compared to South Africa’s Lance Klusner. There was uncanny resemblance between the two in the manner in which Razzaq would clear his front foot out of the way to go for a big heave.

His batting was all about power and brute force. His strong arms allowed him to clear almost every field he stepped onto. What set him apart from other lower-order batsmen has been his ability to assess a situation and play accordingly. In a situation where his team would require just 20 runs off five overs, he would not play a single rash shot and look to take his side through. In that sense, he was an intelligent finisher of the game.

Razzaq could’ve been the complete player that Pakistan would’ve loved to have but for his inconsistencies. He had the ability to be excessively effective with both bat and ball but failed to do so over a long period of time. He often performed in bursts, prompting the selectors to ponder over his selection.

Razzaq’s most memorable performance came against India at Hobart in 2000 where he scored a 57-ball 70 to help his side set a target of 263 for India to chase. After a swashbuckling innings laced with four fours and two sixes, Razzaq came back to run through the Indian batting line-up to end with five for 48 in 10 overs.

Another crucial performance from him came in Pakistan’s game against Sri Lanka at Jaipur in 2006 where he picked up four for 50 in 7.2 overs and struck 38 off just 24 deliveries in a closely-contested ODI. He also became the youngest cricketer to take a Test match hat-trick when he dismissed Romesh Kaluwitharana, Rangana Herath and Ravi Pushpakumara at Galle in 2000. After announcing his retirement from international cricket, Razzaq went in search of greener pastures and found himself in England, playing for Worcestershire. He even signed up for the Indian Cricket League (ICL) in 2007 which ruled him out of being selected for Pakistan. He backtracked on his decision to retire, but played two full seasons for Hyderabad Heroes in the ICL. After quitting from the ICL, he was taken back into the international fold for Pakistan in 2009 and played in the Twenty20 World Cup in England which Pakistan went on to win. He played a big role in Pakistan’s successful campaign in that World Cup as it helped him get back into the scheme of things for his national side.

Razzaq’s lack of diplomacy has been the cause for his constant ouster from the national side in the recent past. Belonging to a setup that isn’t considered the most organised in the World, Razzaq often found himself challenging the establishment and losing his spot in the side. In the most recent and bizarre exclusion from the side in the T20 World Cup semi-finals against Australia in 2012, Razzaq went about blaming captain Mohammed Hafeez for his axe. Consequently, the Pakistan Cricket Board (PCB) imposed a heavy fine on the player who later said he had nothing against his captain and his outburst was merely emotional.

Being such a wonderful talent and a true utility player, Razzaq will consider himself unlucky to have been so grossly underutilized by Pakistan and would’ve hoped to have made a much bigger impact on the game.

(Prakash Govindasreenivasan is an Editorial consultant at CricketCountry and a sports fanatic, with a soft corner for cricket. After studying journalism for two years, came the first big high in his professional life – the opportunity to interview his hero Adam Gilchrist and talking about his magnificent 149 in the 2007 World Cup final. While not following cricket, he is busy rooting for Chelsea FC).