What if the move is not just an ICC’s decision to take the quirkiness out of the game?

Forget the tedious debate on the pros and cons of Decision Review System (DRS); it is the International Cricket Council’s (ICC) decision to abolish runners that has got us all worried. At first we thought it was just another example of the ICC playing its role as the fun police with a manifesto to take as much enjoyment as possible out of the game.

What other conclusion could be drawn from the removal of what is invariably one of the most comical parts of cricket?

All cricket fans will have their favourite mix-up involving runners. Much hilarity always ensues when the runner forgets to run and/or the injured batsman does run. There is something intensely amusing (and maybe even a bit sadistic) about three batsmen all ending up at the same end with the bails removed at the other.

The use of runners has also been established for over a century – so why outlaw it? – and has been a wonderful quirk of cricket. In any other sport, the injured participant is substituted, retires or withdraws to the periphery of the action. In cricket, however, the injured batsman – and his runner – takes centrestage as VVS Laxman did so splendidly against Australia at Mohali last autumn.

But what if this move is not just an ICC move to take the enjoyment and quirkiness out of the game?

What if it is something much more sinister?

Such as the ICC jumping into bed with the health and safety brigade.

We don’t want to go all Daily Mail on you, but allowing an injured batsman to continue participating could be considered by many health and safety fanatics as cricket going beyond the pale. So maybe the ICC has decided to acquiesce?

And what if it doesn’t stop with the abolition of runners?

What if the ball is changed from a hard one to a soft one?

And what if fast bowlers were charged with grievous bodily harm when they injure an opposition batsman such as when Chris Tremlett assaulted Tillakaratne Dilshan’s thumb at Lord’s? 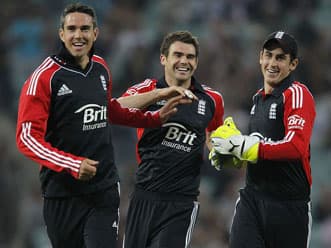 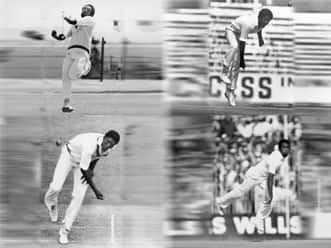