On December 16, 2006, Adam Gilchrist hammered a hundred in just 57 balls, missing the world record by a single ball. The knock punctured England’s hopes of fighting back from a 0-2 deficit in the series and helped Australia regain the urn. Karthik Parimal revisits that eventful Perth Test. 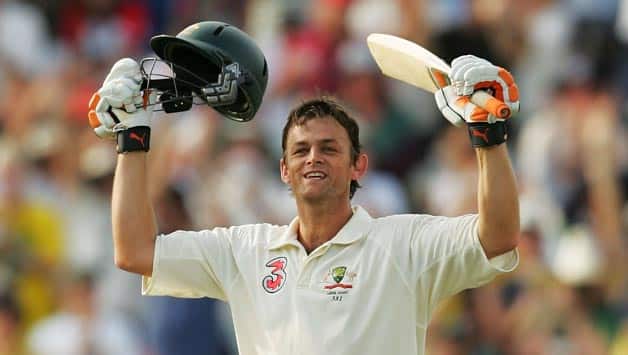 On December 16, 2006, Adam Gilchrist hammered a hundred in just 57 balls, missing the world record by a single ball. The knock punctured England’s hopes of fighting back from a 0-2 deficit in the series and helped Australia regain the urn. Karthik Parimal revisits that eventful Perth Test.
Having conceded the Ashes for the first time in 16 years in England in the summer of 2005, Australia’s desire to usurp it was evident ever since the first Test got underway at Brisbane in the November of 2006. Almost three weeks later, they’d bagged two dominating victories — by 277 runs at Brisbane and a six-wicket win at Adelaide — and arrived at the celebrated venue of Perth as favourites. Looking at their surge, the Australians were touted to annihilate the English and by the end of the third day’s play it had become a reality, thanks to Michael Hussey’s first Ashes century, Michael Clarke’s second and, most importantly, Adam Gilchrist’s third — a blitzkrieg that inflicted long-term damage to England’s bowling line-up.
Day One: Honours shared

It was a day with no clear front-runner. Ricky Ponting won the toss and put his batsmen in, but were three wickets down by lunch for 69 runs. While Hussey’s technique was impeccable and water-tight, the rest of the cavalry weren’t as sure. Steve Harmison accounted for the wickets of Ponting and Clarke before Monty Panesar bamboozled the middle and lower-middle order by extracting copious turn from a surface that was hailed as one of the fastest in the country. The fact that he was only the fourth spinner to take five scalps in an innings in a Perth Test underlines his good work on that fine morning.

Harmison wiped out the tail and finished with figures of four for 48 and, with Australia mustering just 244, the English perhaps sensed a backdoor entry into the series. Against Glenn McGrath and Brett Lee, England openers Alastair Cook and Andrew Strauss scored at a brisk pace. In six overs, they raced to 36 for no loss, but McGrath’s deceptive length forced Cook to drive and get an edge to Justin Langer in the slips. In the next over, Lee squared Ian Bell up as the latter managed a fine edge to wicketkeeper Gilchrist. England’s day ended on 51 for two, with the match in fair balance.
Day Two: Australia edge ahead

Three overs into the day, McGrath got rid of Paul Collingwood and half-an-hour later Stuart Clark chipped in with Strauss’ scalp. Two more wickets had fallen before lunch and two immediately after it as England slumped to 155 for eight. Only Kevin Pietersen, the Ashes hero on the previous occasion, flayed the Australian attack. He was, however, running out of partners at the other end and, on 70, while attempting to up the ante by looking to smash Lee over long-off, was dismissed owing to Andrew Symonds’ enormous palms in the outfield. The last pair of Harmison and Panesar added 30 to push England’s first innings total to 215 — 29 runs behind Australia.

Australia’s second innings commenced in a frantic manner. Langer was bowled off Matthew Hoggard on the first ball and Hayden survived a scare. Thereafter, the English embarked down a slippery slope. Hayden and Ponting thwacked half-centuries to steer the score to 119 for one by the time it was stumps. Adam Gilchrist reached his first fifty runs in 40 deliveries. He only took 17 deliveries to get the other fifty © Getty Images

Hayden and Ponting stretched their partnership to 144 before Hussey and Clarke took over the mantle. In sweltering conditions, the two put on a stand of 151 as the English bowlers wilted one after the other. It was, by no means, a flawless innings from Hussey and despite bagging a ton, it was largely unconvincing albeit effective. Panesar soon got the better of Symonds, too, and at 365 for five, Gilchrist walked in to a big applause, this despite his first innings duck.

His innings began with a streaky boundary that flew past the gully off Andrew Flintoff, but three balls later a cracking cover-drive affirmed he was in control. Few overs later, another drive, this time off Panesar, sped to the boundary before a late cut was manoeuvred towards the third-man region for a four. The 22,000-strong crowd were in a state of frenzy, for they knew more was to come from the magical willow of the southpaw that afternoon. They were not disappointed. He smashed two more fours — one through mid-wicket off Sajid Mahmood and the other a straight, aerial shot off Panesar — and galloped to his half-century in just 40 deliveries.

It was his fastest Test fifty and, if that was categorised under assault, the next 17 deliveries produced absolute carnage. In fact, the next four balls resulted in two sixes — the first one landed 10 rows behind the long-on fielder and the second, even better, was dispatched 15 rows behind the same fielder — a four through the mid-wicket region and a six much farther than any hit on the day. Two overs later, Hoggard was dealt with the same fate. While the Australian dressing room went berserk with each stroke, Ponting was perhaps a little flummoxed. Gilchrist, then on 73, solicited advice from his captain: should he continue attacking in order to expedite a declaration? “We read the answer as a yes, apparently it was a no,” Gilchrist explained. “At our boot camp, communications skills were one of the topics. And obviously we didn’t pass,” noted Wisden on this juncture of Gilchrist’s innings.

When Harmison began what was eventually his penultimate over of the match, Gilchrist had faced 47 deliveries for his 81. That over resulted in three boundaries — the nonchalant pull, defining his form on that day, stood out — and, on 96 from 53 balls, he needed four runs off three deliveries to register the fastest hundred in Test match history — a record held by Viv Richards. That milestone went out of reach when Hoggard deliberately bowled a wide one, however, just one ball later, a firm drive to long-off brought him the two runs required to notch up a thunderous century. In 57 balls, it was the second-fastest, but one that certainly shut England out of the contest. The innings was declared on 527 for five, with Clarke unbeaten on 135 (off 164 balls) and Gilchrist 102 (off just 59 balls).

England, riding on Cook’s century and fifties from Bell, Pietersen and Flintoff, trudged to 350 and fell short by 206 runs. The Australians regained the Ashes. It was, as highlighted by Wisden, only three Tests and 462 days in England’s custody, the briefest ever. Moreover, that knock from Gilchrist sucked hope out of the English bowling attack. In the last two Tests, they failed to restrict the Australian batsmen even in bowler-friendly conditions. The fixtures were lost by a margin of an innings and 99 runs in Melbourne and by 10 wickets in Sydney.