Unless Adam Lyth does something extra-ordinary in the 5th Ashes Test, he will be axed from the side.

Adam Lyth has been given ample chances to prove himself in the England team. He made a good start to his Test career but has not managed to kick on from there. Having scored heavily in the domestic circuit, Lyth made it to the England side during the tour of New Zealand, where he scored a ton in his second Test. He was picked in The Ashes 2015 team following that excellent innings and many hoped that he could be a long-term solution to England’s opening woes. Sadly for him and England, things have not worked out. Pramod Ananth believes Lyth cannot have anything to complain about, if he is dropped after Ashes 2015.

Lyth came into the England team by scoring big runs. In 2014 alone, Lyth managed to score 1619 runs at an average of over 70 with a highest score of 251. Therefore, nobody can point fingers at his selection. Having scored over 7,000 First-Class runs, Lyth is one of the most prolific run-getters for Yorkshire in the recent past. However, he does not seem to have adjusted to international cricket. It is hard to believe why that is the case. He has played all his matches on home soil, so he cannot complain about unfamiliar conditions. His highest score in Ashes 2015 so far is 37, which came in the first Test at Cardiff. Since then, it has been a steep fall for the left hander. POLL: Should Adam Lyth play in the 5th Ashes 2015 match at The Oval?

Just like Gary Ballance, he, too, seems to be a touch suspect outside off. Ballance batted deep in his crease, seemingly expecting a short delivery every time, but more often than not, it was the good length or the full length delivery that did him in. Lyth, too, has struggled with swinging deliveries on similar lengths, not knowing whether to play them or leave them alone. Eventually, he would be in two minds, poking at a delivery which he could have left alone. READ: Ashes 2015: Michael Clarke, Adam Lyth throw away excellent opportunities to silence critics

With Ballance dropped in the middle of such a crucial series, Lyth should consider himself lucky to have lasted an entire series, despite an abysmal performance. With England having sealed the series 3-1, after a crushing victory at Trent Bridge, Lyth is more or less certain to retain his place in the playing XI, perhaps for the last time, if he fails to make a contribution again. England are not short of good openers, with the likes of Sam Robson and Nick Compton knocking on the doors. The selectors, too, would have taken note of Lyth’s performance and, more importantly, his mode of dismissals in the series, and will take an appropriate call on him ahead of the next series. READ: Ashes 2015: England selector defends struggling opener Adam Lyth

Lyth can learn from his experience at the highest level, head back to the domestic circuit and get back in form again. Unless he does something extraordinary in the upcoming series, Lyth will be axed from the side. He can also learn from the way he got out in all the matches so far and make sure he does not make similar mistakes in the future. This is just the beginning of his international career. He still has a lot to offer in the road ahead. 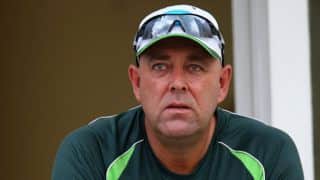 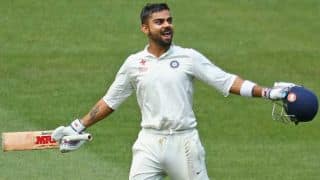