Adam Voges scored a century in his debut test at the age of 35 years 243 days, thus becoming the oldest to have this feat. Bharath Seervi highlights Adam Voges’ feat with some numbers and records.

Adam Voges made his first-class debut for Western Australia in 2002-03, but had to wait for more than 12 years to earn his Test cap. He played 160 First-Class matches before making his Test debut against West Indies at Roseau, and made a mark immediately by scoring unbeaten 130 and helping his team get a good lead and win the match by nine wickets. Adam Voges overcomes Devendra Bishoo’s venom and propel Australia to 318

Voges was 35 years and 242 days when the Roseau Test began on June 3, 2015. In the last 25 years of Australian cricket Adam Voges is only the second player to make his Test debut after 35. The only other person was Bryce McGain who was 36 years and 359 days old when he played his first test against South Africa at Cape Town in 2009.

Apart from Voges and Houghton only five others had scored a century on Test debut after turning 30. They are listed below.

Age and date correspond to the day when the century was completed and not when the Test started.

– Houghton and Aminul achieved this in their team’s debut Test. Houghton was also captaining his side.

Voges is the 16th Australian to make his test debut after the age of 35; of them, he is the only one to score a century on debut. Adam Voges makes Australia debut in 1st Test against West Indies at Dominica; handed Baggy Green by Brendon Julian

Test debut after the age of 35 for Australia

– Bert Ironmonger played the most Test matches (14) among Australians who made their Test debut after 35.

– Of the above batsmen, Voges is the only one to have scored a century. Arthur Richardson (98) and Hartkopf (80) scored half-centuries on their debut.

– Two players on the list are from the first ever Test —Gregory and Nat Thomson.

– Thomson was the first batsman to be out in history of Test cricket. Middlesex replace Adam Voges with Joe Burns

– Charles Bannerman scored hundred it in the very first Test in 1877.

– Voges is the oldest batsman on the list; Archie Jackson, the youngest.

– Jackson and Doug Walters are the only Australians to score a centuries on Test debut as teenagers.

– Of the four oldest Aussies to score hundreds on Test debut, three are recent — Voges, Marcus North and Shaun Marsh. Herbie Collins is second-oldest while North and Marsh are respectively third and fourth on the list.

– Of those listed above, Michael Clarke has scored most Test runs. Australia include Fawad Ahmed, Adam Voges in squad for West Indies tour and Ashes

Voges and Luke Ronchi made their first-class debut in the same match for the same team in 2002-03. They both get to make their Test debuts about 13 years later in a week’s difference for different countries — Australia and New Zealand. Ronchi scored 88 and Voges 130* in their respective outings. 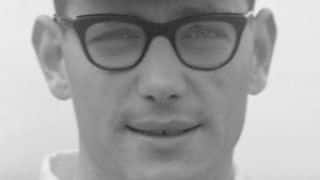