England leg-spinner Adil Rashid has made it clear that if the selectors ask him to be part of England squad for the five-match Test series against India starting next month, he will consider returning to red-ball cricket. The 30-year-old, in his diary for Sky Sports, wrote, Right now I’m focussing on white-ball cricket, but if England do want me to be part of the squad for the Test series against India then I’ll consider it.

Rashid had turned his back on the longer format having been left out of England s Ashes squad earlier this year. He was the leading wicket-taker in one-day and Twenty20 internationals for England this summer, with 25 victims, including Virat Kohli at Headingley on Tuesday with a sharply-turning delivery that left India’s captain awestruck. And that superb delivery from Rashid fuelled the talks of his inclusion in the Test squad.

Earlier, England coach Trevor Bayliss had said on Thursday that the slow bowler could prove to be a key weapon on wickets baked dry by the country’s ongoing heatwave. Asked whether Rashid would be considered for Test selection Bayliss had said, (Reconsidering) is a decision he’s got to make. I’m not sure whether (national selector) Ed Smith‘s had a chat with him or not. Could he get picked in the Test team on white-ball form? Well, it’s already been proven this year – it’s happened once (with Jos Buttler). So, I’m sure he’ll be up for discussion, definitely.”

Rashid’s performances in the limited-over format have been delivered at a time when England are short of spin options in the five-day arena too and he said if he missed red-ball cricket then he would go back to it. I made the decision earlier this year to focus on playing white-ball cricket to see how it felt but always knew that if I found I was missing red-ball cricket then I would go back to it, wrote Rashid, adding So if the selectors come and show faith in me then I would consider it, whatever role they want me to do. It would certainly be nice to bowl to Virat Kohli again! I’ve got on with him well since we first played against each other at U19 level. 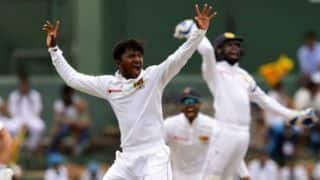 South Africa fail to counter Sri Lankan spin; get bowled out for 124 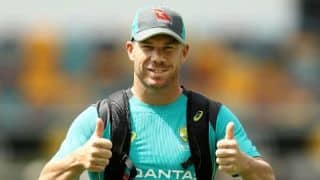