Bangladesh are on the verge of becoming the second Test-playing nation to lose a bilateral T20I series versus Afghanistan. Zimbabwe have suffered this ignominy thrice.

Afghanistan registered their first ever T20 International win against Bangladesh (that too by 45 runs) in the first match of the 3-T20I series at Dehradun. The victory was sealed by the spinners, Rashid Khan, Mujeeb Ur Rahman, and Mohammad Nabi, whom Bangladesh found impossible to get away and lost wickets. Earlier in the evening, Mohammad Shahzad, Samiullah Shenwari, and Shafiqullah Shafiq laid a solid platform. Here is a statistical preview of the 2nd T20I. 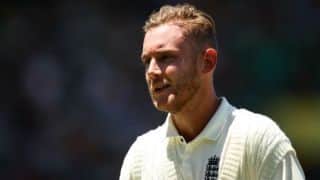