Afghanistan are just one victory away from winning the T20 series against Ireland at Greater Noida.

Afghanistan and Ireland kicked off the three-match T20 series at Greater Noida Sports Complex, Noida on Wednesday. The first tie went in Afghanistan’s favour who were at par in all departments in their newly adopted ground. With three back-to-back victories in the format, Afghanistan will be beaming in confidence to seal the series in the second T20 on Friday. The going will not be easy for Ireland and will require their bowlers to step up and stop Afghanistan’s batsmen before unleashing their attacking mode. Here are some interesting battles which may unfold in the penultimate tie: Full Cricket Scorecard, Afghanistan vs Ireland, 2nd T20 at Greater Noida

Afghanistan’s fans vs Ireland: No, they are not competitive. They are no way close to being referred as ‘sledgers’. Being relatively new, they try to understand the game, but in no way see their side as ‘pushovers’. Such is the nature of Afghanistan’s fans. Upbeat, full of energy coupled with unconditional passion. Nonetheless, this can be a deciding factor in the upcoming matches of the series, being played in India. Ireland are miles away from familiar territories and will face the brunt of subcontinental side, Afghanistan, hogging all the limelight on adopted turf.

The first T20 saw crowds turn up in large numbers to support the Asian side. Ireland, who are battling with their own dip in form, will like to stage a comeback, make a resounding statement and get some support in return.

Mohammad Nabi vs Stuart Thompson: Nabi is a proven match winner. He is handy with his off-breaks and an asset with the bat. Nonetheless, the right-hander had a forgettable outing in the series opener. He leaked 48 runs in 4 overs and remained wicketless. With the bat, Nabi contributed only a single run in Afghanistan’s 6-wicket win. He will like to fire on all cylinders in the second game and seal the series for his side.

Nabi’s confidence was mainly shaken by Ireland’s Stuart Thompson. Thompson bludgeoned the all-rounder to all corners in the initial stages of the match. The Irishman smashed Nabi for two fours and a maximum, playing only two dots while facing him for 9 balls. Nabi will like to get the better of the left-hander when both teams clash on Friday.

Kevin O’Brien vs Rashid Khan, Amir Hamza: O’Brien has a reputation of going bonkers when he gets his eye in. He came into bat when Thompson-Porterfield had put Ireland in command. Asghar Stanikzai may have missed the plot by giving an extra over to out-of-sorts Nabi initially, but brought on his economical spinners, Rashid and Hamza, timely on arrival of the right-hander. O’Brien did not find it easy to strike the ball and made a 14-ball 11 with only one four coming off his blade against Rashid. Had O’Brien being there for long, Ireland would have finished above 175.

O’Brien will be eager to make amends against the slower bowlers and pick their line and lengths in the second T20.

Mohammad Shahzad vs Jacob Mulder: Mohammad Shahzad- Samiullah Shenwari were exemplary in taking the game away from Ireland. The duo added a 73-run stand for the second wicket in no time and went on an attacking spree against all Irish bowlers. However, Mulder did get away with a few decent overs in between. The most astonishing fact of Mulder’s spell was that he was the only one who looked like taking a wicket. He troubled Shahzad with his googlies despite being taken to the cleaners on three occasions by Man of the Match, Shenwari.

Shahzad got a handy 41-ball 47 but would have taken note of Mulder for the remaining encounters. A riveting contest awaits when these two lock horns in the upcoming tie. Shahzad will continue to play his natural game whereas Mulder will try to fox him with his variations. 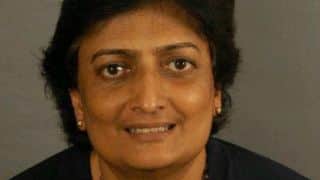