India’s proud, formidable home record has been built over the years on two things:  The first is the inability of opposing teams to adapt to Indian conditions and develop the requisite skills to excel on these dustbowls.  The other is the patient, diligent execution by the Indian team of time tested methods. 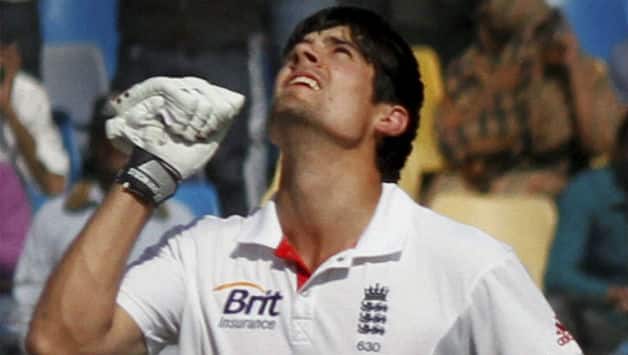 I am sure those of us who were a bit more cautious in their assessment of Day One of the Test against England being played at Mumbai’s Wankhede Stadium would feel vindicated after Team India’s collapse in the second innings.  The analysis and predictions of some esteemed former Indian cricketers hinted at thinly-veiled arrogance in their belief of India’s superiority over England on turning tracks. That superiority is well on its way to becoming history unless India pulls off a miracle in this remarkable contest.

The Wankhede Test is thus far the tale of one team that grossly underestimated the other, which learnt from its mistakes and did its homework. Watching the display of the Indian batsmen and bowlers and then their counterparts in the England team was instructive of how to and how not to play on turning tracks. Except that the “how not to” lessons were being doled out by India, instead of England.

India’s proud, formidable home record has been built over the years on two things:  The first is the inability of opposing teams to adapt to Indian conditions and develop the requisite skills to excel on these dustbowls.  The other is the patient, diligent execution by the Indian team of time tested methods.

Traditionally, Indian batsmen step out of the crease to smother the turn and disrupt the spinner’s rhythm. Indian spinners meanwhile bowl in tight, narrow channels at a relatively high speed (for spin) and have close in fielders crowd the bat.  While spin traditionally revolves around guile and deception, on turning tracks in India, the spin web becomes almost intimidating and snares batsmen through sheer pressure, through relentless probing at their weakness.

Monty Panesar possesses the qualities to execute a typical Indian spin assassination job, but equally admirable was the ability of Graeme Swann to adapt his style to the conditions by bowling faster and flatter.  In comparison, the Indian spinners could not consistently probe an effective line or length and bowled far too many bad balls to release the pressure.

That they did so is also partly on account of England’s positive approach with the bat this time. Alastair Cook led from the front with deft footwork to take the attack to the spinners.   After a few flighted deliveries had been deposited into the stands, the Indian spin trio was in disarray. If the wickets of Nick Compton and Jonathan Trott in quick succession lifted their spirits, Kevin Pietersen duly completed the obliteration in style. Once Cook and Pietersen settled down for a mammoth partnership, the Indian bowlers were resigned to look to the Almighty, waiting for something to happen. Not unlike how the Indian economy still prays to the rain Gods come June.

A look at Sachin Tendulkar’s dismissals in both innings of this Test highlights how Indian batsmen regressed in their strategy. Much like English sides of yore, they retreated into the crease and fended helplessly at balls that spat viciously off the many rough patches on the pitch. On both occasions, Tendulkar was caught in the crease in poor position and, to compound his difficulties, was playing against the turn.

And it wasn’t only Tendulkar; Virender Sehwag and MS Dhoni were also caught poking at deliveries from the comfort of the crease without getting into position. While there’s no doubt that the English spinners triggered these dismissals by applying relentless pressure, Indian batsmen possess the expertise to counter spin on difficult pitches. In 2004, playing against Australia on a far more unpredictable Wankhede surface, India scored 205 in the second innings.  Considering that India had only got to 117for seven at stumps on Day Three, even that total looks daunting and out of reach.

Their ignominious defeats in the Test series in England and Australia last year exposed India’s weaknesses outside their comfort zone. But the second Test of this series against England at home may have caught India failing even at their strengths, failing to adhere to and execute methods even England had found merit in.  Hopefully, it won’t be the story of the rest of the series as well. Perhaps, Dhoni should request for flatbeds to prevent the scoreline getting any worse than 1-1! Kim Hughes: When Australia's Golden Boy had to make a tearful exit