2018 was a year of missed opportunities where India could have won all three series had the batsmen save Virat Kohli and Cheteshwar Pujara towards the rear end contributed a bit more.

The year 2018 was always going to be a big year for Indian cricket and a very tough one at that with three challenging overseas assignments lined up.

It was one such year where careers are built and broken in a space of a few Test matches.

There was also a lot of cautious optimism which stemmed from the composition of our bowling unit that seemed capable enough to pick 20 wickets and boy did they live up to the expectations.

It’s unfair to draw comparisons but when you bump into a statistical nugget that reads that the trio of Jasprit Bumrah, Mohammed Shami and Ishant Sharma has surpassed Michael Holding, Malcolm Marshall and Joel Garner in terms of tally of wickets in a single season of away Tests, it still feels surreal.

But just as the analyst in me takes over from the fan, I would call it a year of missed opportunities where we could have won all three series had our batsmen save Virat Kohli and Cheteshwar Pujara towards the rear end contributed a bit more.

The MCG Test was a testimony of the potential of our batting unit. This was a near perfect game except the mild chaos during the post tea session on the third day, even though the match was already sealed by then.

Mayank Agarwal showed us what he is capable of in the first innings itself with a mature knock of 76. That it is a highest score by an Indian debutant on Australian soil speaks volumes about the effort as the home team’s bowling is still top notch.

Agarwal looked calm, composed, technically sound and confident of his ability at this level. What was impressive during his second innings of 42, was the ability to play his natural game under pressure. With four wickets down for almost nothing on the board, he still avoided getting into a shell and counterattacked the upbeat Aussie bowlers.

As Kohli said, Agarwal’s performance is a testament of the robustness of the Indian first-class structure irrespective of what an ignorant commentator had to say.

Talking of positives, Pujara once again reminded us why he is priceless in this current set-up. It wasn’t long ago that he was dropped from the side and the reason given was his low strike-rate. The basic thing about batting is getting runs and that he has done aplenty over the years and that’s what matters.

After 67 Test matches, he averages almost 50, any batsman worth his salt would take that. Also, if I have to take into account pitches on offer this year in Test cricket around the world, a batsman like him is worth his weight in gold.

Put Kohli’s fabulous innings of 82 into context and one will be able to gauge the value of Pujara’s innings. He got his first 23 runs off 23 deliveries and the next 59 came off 181 balls.

The pitches on offer this year have been primarily bowling-friendly and in my humble opinion, that’s how it should be in Test cricket. To score runs on these pitches, either one needs the temperament and mental discipline of Pujara or be the genius that Kohli is.

The India captain is just one of his kind and for all those who aspire to do well in adverse conditions, Pujara’s batting should be the template.

Rohit Sharma should feel relieved after his first innings half-century in the fourth Test but it should also be factored in as to when he came into bat. More so, to understand what tough conditions young Hanuma Vihari encountered at an unfamiliar opening position where he admirably saw off the new ball in both innings.

However, Vihari’s weakness against the short ball has been identified and he should now sort it out as quickly as possible during the Sydney game for his own good.

With Prithvi Shaw expected to stage a comeback during the next Test cycle, Agarwal is set to get a fair run and with Rohit also getting runs, I fear for Vihari.

And now coming to the bowlers. There are no words to describe their stupendous performance.

While Ishant (with 335 overs during the year) looked a little jaded after the toils during the last two Tests, he has to be applauded for doing the job admirably.

Ditto for Shami, who has been quite impressive this season.

But it was Bumrah, who made the biggest difference. The standout feature of his bowling for me has been his ability to assess situations, read the batsman and execute accordingly.

In the last few years we’ve seen batsmen bringing in the limited overs flavour in Test cricket but not too many bowlers have done that. Bumrah, in that aspect, is different.

At MCG, he showed the variety he’s got in his armoury.

The pick would certainly be the slower one to get rid of Shaun Marsh but equally impressive was the bouncer to Marcus Harris, the yorker to Nathan Lyon and beating Travis Head with sheer pace.

He got Tim Paine with a delivery that left the right-hander and Aaron Finch with the one which came back in. His action is unique and much talked about but he’s much more than just that.

For me, he is at this point in time, the best fast bowler across formats. He along with Kagiso Rabada are the flag bearers of the future of fast bowling.

On the eve of New Year, as I raise a toast for the Indian team for their brilliant show at the MCG, I will spare a thought for how great 2018 could have been. 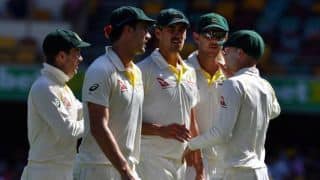 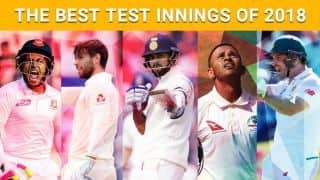