With the catch being dropped instead of taken former Pakistani wicket-keeper Kamran Akmal too, was honored with a Guinness Book of World Records entry, for being the first human to drop a cricket ball that came in from 100 feet above.

Former England captain Nasser Hussain s unique feat of catching a cricket ball dropped from above 100 feet in the air by a drone wowed many a cricket lover the world over, apart from fetching him an entry in the Guinness Book of World Records. Moments later though, the unique endeavor spawned another similar achievement in Pakistan. Only, with the catch being dropped instead of taken former Pakistani wicket-keeper Kamran Akmal too, was honored with a Guinness Book of World Records entry, for being the first human to drop a cricket ball that came in from 100 feet above.

Akmal told The UnReal Times that it was Hussain himself who came to him, reminded him of how the Pakistani selectors had dropped him and pitched the suggestion of undertaking the highest dropped catch over to him. Yes, the selectors actually dropped me! Tirupatikke laddoova?, Nasser bhai told me in trademark Chennai Tamil. I then realized my true ability and being desperate to get back into the limelight, this was an easy thing to do. So here I am! a delighted Akmal exclaimed.

Akmal thanked the Pakistani army for their assistance in making sure the ball came in 100 feet from above the ground. Our Hatf-III missile launcher, given to me by the army just for this, came in very handy. I m glad that we could correctly achieve the expected height of 100 feet when we put the cricket ball in the launcher. The ball started coming down hard and swift. I then kept my gloves ready, providing the right gap in between for the ball to slide through, like I always do. And the ball crashed through my gloves to the ground, just as expected. Whew, I ve still got it! Akmal smiled.

The Pakistan Cricket Board will soon be honoring Akmal in a special ceremony. Well, we expected Akmal to clinch the Guinness record for most dropped catches in Cricket History, but one for the highest dropped catch is equally remarkable. We will be felicitating both Nasser and Kamran on their grand feats. The ceremony is expected to be attended by many across the border, including Arvind Kejriwal, The Ashutosh and Home Minister Rajnath Singh, all donning shiny white skull caps, PCB Shahryar Khan stated. While no honour has been announced in India yet for Akmal, the Tamil Nadu government has announced free Amma colour TVs, mixers, grinders and Amma smartphones for Hussain, for bringing glory to the city of Chennai.

Hussain himself expressed his delight at Akmal s achievement. Well, all I can say is that I m happy that like everything else, he didn t drop my suggestion too! the commentator chuckled.

Can his record be broken by other Pakistanis? Absolutely! I believe my younger brother Umar is fully capable. He s already proven with his wicket-keeping that he is totally my brother. It is only a matter of time before he breaks my record, Akmal added. Umar, on his part, is reported to have already begun his practice sessions, by having his team mate Mohammad Irfan throw the ball in the air as high as he can.

According to sources, the BCCI too, is keen on having a similar Guinness entry for India. At present, the idea is to see if Ashok Dinda can leap 100 feet to catch the ball from the drone itself, BCCI president Anurag Thakur reportedly said.

(Ashwin Kumar is a humorist with www.theunrealtimes.com where this article was originally published. The UnReal Times is India s favourite satire, spoof, parody and humour portal) 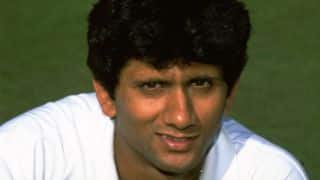 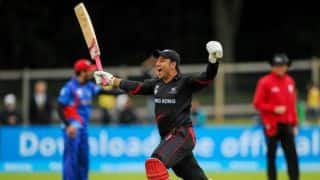