With Team India done in by sharp spin bowling on a wickedly-turning pitch in Mumbai, Mahendra Singh Dhoni has now profusely apologised to Dhiraj Parsana, curator of the Ahmedabad pitch. 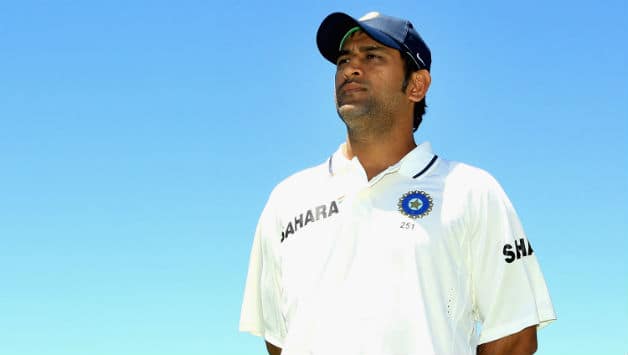 With Team India done in by sharp spin bowling on a wickedly-turning pitch in Mumbai, Mahendra Singh Dhoni has now profusely apologised to Dhiraj Parsana, curator of the Ahmedabad pitch. Dhoni, it may be recalled, had earlier criticised Parsana for preparing a lifeless pitch on which the Indians struggled to win, and called for pitches that turned and bounced from Day One.  Alas, the Wankhede curator took Dhoni’s admonition at face value and prepared a rank turner, resulting in India’s rout.

After making a quick dash for Ahmedabad, Dhoni had a tearful re-union with Parsana, beseeching him for forgiveness.

Parsana chided Dhoni for doubting his patriotism. “I am not a shrewd Gujju for nothing. After thoroughly analysing the strengths and weaknesses of the Indian team, I had concluded that lifeless pitches are the way to go on which the Indian batsmen can pile on  over 500 runs in quick time and then grind the opposition to dust for the rest of the match and meander to a dull win. I was surprised when Dhoni criticised me instead of praising me,” said the teary-eyed Parsana, as two hugged and made up.

On the way back to Mumbai, Dhoni turned philosophical and admitted that his boys were so much at sea in the Mumbai Test that it seemed straight out of  the Hollywood flick, ‘Life of Pi’  and not just because he’s averaging 3.142 in the series. “Tossing and turning, with a few bunnies and a white elephant for company, and a ferocious tiger of a turning pitch to grapple with, that’s how surreal playing this Test was. I was one of the bunnies, of course,” noted the Indian skipper.

“Or, alternatively, the story of the match was that the English played and bowled spin better than we did. Which story you prefer depends on your belief in God and I’m not referring to Sachin (Tendulkar) here,” he observed, as he lazily inhaled a cigarette and blew a circle in the air to sum up his own impact with the bat.

Meanwhile, Prasenjit Bose, the groundsman for the third Test to be played in Eden Gardens, has assured a jittery Indian camp that the pitch will be as lifeless as the dry bed of the Hoogly in peak summer. “It will offer nothing for the bowlers and the Indians should easily pile up over 700 runs, with even Sachin Tendulkar reaching double figures. After that the boys can press forth for a dull, meandering win,” he promised.