After Sachin Tendulkar, it's Virat Kohli's turn to chase milestone against Australia at Indore

After Sachin Tendulkar, it's Virat Kohli's turn to chase milestone against Australia at Indore

Back in 2001, Sachin Tendulkar amassed 10,000 ODI runs at Indore. Will the same city witness Virat Kohli's 31st hundred during the third ODI versus Australia?

31st March, 2001: The series was locked at 1-1. Both India and Australia were eager to take a lead in the third ODI of the five-match series at Nehru Stadium, Indore. Ravi Shastri reminded viewers on air, “One man everybody will be looking at today Sachin Tendulkar. 34 runs short of the 10,000 run mark.” Just an hour and few minutes later, Tendulkar became the first batsman to achieve this feat in ODIs.

Glenn McGrath, at that time, quoted, ‘Tendulkar is the hardest batsman in the world to bowl to.’ The right-hander started aggressively against the Australian legend. He flashed, and flashed hard (much to Shastri’s glee); unsettling McGrath early on. The Indian opener meant business on a batting-friendly track dished out at Indore. Steve Waugh rotated his bowlers, but found no respite. Damien Fleming, Ian Harvey and Shane Warne were ineffective. Tendulkar gleefully accepted the challenge posed by all and emerged victorious.

Tendulkar was timing everything. He sensed something special in store, and made full use of the opportunity. In the last ball of the 18th over, Tendulkar brought up his 10,000 run with a single towards deep mid-off.

Trivia: Warne, one of Tendulkar’s biggest cricketing rival, was the bowler when the Little Master brought up his 10,000 run. Can it get any better?

Tendulkar was undeterred by his personal landmark. The stage was set for a cheeky innings. His flawless cover drives, dab outside off stump, paddle sweep (a rarity in those days), straight over the top hits, pull, cuts and flick enthralled the crowds. The Little Master raced to his 28th ODI hundred and it was his sixth versus Australia (then), adding to his individual brilliance (10,000 runs).

Tendulkar (139) carved out a street-smart innings. He bisected the field, played according to the pace of the ball and adjusted to the lengths swiftly.

– Tendulkar added 199 runs with VVS Laxman (83) for the second wicket. This remains the 36th successful second wicket stand in ODIs.

– Tendulkar-Laxman’s second-wicket marathon (199) is the 5th successful stand versus Australia.

– It is India’s 3rd successful second-wicket partnership versus Australia.

In pursuit of 300, Australia stumbled for 181. As a result, India took a 2-1 lead (eventually losing 2-3) courtesy Tendulkar’s record-breaking innings.

Indore has been a happy hunting ground for Indian cricket. Indore (city of India’s first Test captain CK Nayudu) prepares for the arena once again. The city is set to host the third ODI of the ongoing five-match series between India and Australia on Sunday.

While the record at Nehru Stadium (2 wins out of 9 games) isn’t encouraging, it turns out drastically different at Holkar Stadium (our venue for the upcoming encounter). India have never lost a game at Holkar. They have 4 ODIs and one solitary Test wins here.

If Holkar Stadium keeps the record in tact, the crowd will be up for a treat. India will complete three consecutive victories over Steven Smith’s side in the series; sealing the fate of the series. In addition, India then will also topple South Africa from No. 1 ranked side in the format. India are currently tied with Proteas at 119 ratings but miss out on the top rank by a mere 0.09 decimal. Come September 24, India have the opportunity to be the best ODI side, they already rule the charts in Tests.

Last year, India entered the Indore Test against New Zealand as the No. 1 Test side as well. They completed an easy win. So will the city prove to be lucky once again?

– Virender Sehwag notched up the second ODI double-century, versus West Indies, at Holkar Stadium, Indore. Interestingly, he was the stand-in captain as well.

– Virat Kohli amassed his second Test double hundred (also as skipper) against New Zealand at this ground in 2016.

– Then skipper MS Dhoni scored a match-winning 92 not out versus South Africa in the ODI series of 2015.

– Kohli is one hundred away from surpassing Ricky Ponting’s tally of 30 ODI centuries. Only Tendulkar has maximum ODI tons (49).

– Dhoni is one away from attaining 100 ODI stumpings.

In 2001, a master named Tendulkar enthralled then. The modern master, a man who filled his shoes Kohli will eye the record 31st ton, and the No. 1 ranking for his side against a familiar opponent. Tendulkar’s milestone-run to Kohli’s glory hunt: Will Indore oblige again? 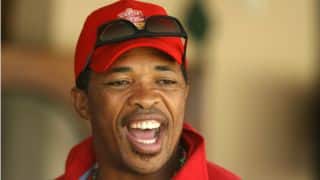 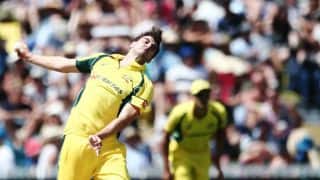