Michael Hussey helped the Chennai Super Kings beat the Royal Challengers Bangalore in a tricky run-chase at Ranchi to secure their passage through to the Indian Premier League (IPL) 2015 final.

Michael Hussey helped the Chennai Super Kings beat the Royal Challengers Bangalore in a tricky run-chase at Ranchi to secure their passage through to the Indian Premier League (IPL) 2015 final. Nishad Pai Vaidya reflects on Hussey’s day out.

When one watched Michael Hussey run around the field of play, it is difficult to believe that the man is only a few days shy of turning 40. On Friday, he gave further proof of his athleticism when he took a fantastic catch in the deep. The ball was dying on him; Hussey had to dive as he ran in to pouch the ball inches off the ground. That catch of Mandeep Singh in the Indian Premier League (IPL) 2015 qualifier against Royal Challengers Bangalore would put some of the youngsters to shame.

Not long ago, Hussey was working with the South African team as a consultant during their ICC Cricket World Cup 2015 campaign Down Under. In practice, he would come up with innovative drills to keep the Proteas on their toes. From a distance, he looked a part of the set-up. You could mistake him for a player, given his supreme fitness. Then there was a bit of talk about Hussey being a possible candidate for India’s coaching job. Being understated, Hussey brushed aside those talks and focused on the present. Deep down, there was that drive to play the most abbreviated of all the formats.

Although Mumbai Indians let him go, his old franchise Chennai Super Kings was ready to snap him. With Brendon McCullum going great guns, Hussey had to bide his time and wait on the bench for his opportunity. As fate would have it, he would only get that opportunity to don the yellow jersey during the business end of the tournament. It also shows the faith the Chennai management and MS Dhoni have in their old warhorse. The likes of Hussey and Brad Hogg continue to defy the age barrier and make merry in a format that is said to be for the youngsters.

Hussey has looked as solid as ever on return. Although he failed in his first two outings, he turned it on in the important game against Bangalore. On a tough track, he was a measure of application and discipline. The mounting pressure was enough to sway one away, but Hussey brought all that experience into picture to put Chennai on course. The two sixes he hit off Yuzvendra Chahal in the slog overs were blasts from the past, invoking memories of the onslaught on Saeed Ajmal during the ICC World T20 2010 semi-final in the Caribbean.

As Chennai move into the final, they would feel that they have all their bases covered. Hussey’s presence further adds to their confidence. Although they have lost Brendon McCullum, they have the old warrior leading them from the front.

Where Rajasthan Royals loses the plot

The troika of Gayle, Kohli and de Villiers have been awesome for RCB 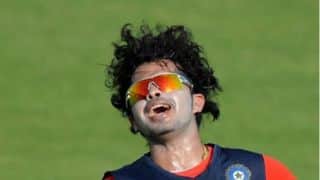 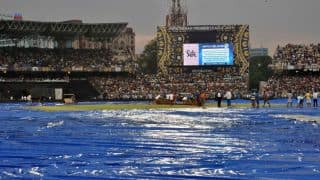