Fed up at being continually benched by Team India, Ajinkya Rahane has announced his retirement from Test cricket and sought an alternative career by joining the IT services giant Tata Consultancy Services (TCS). 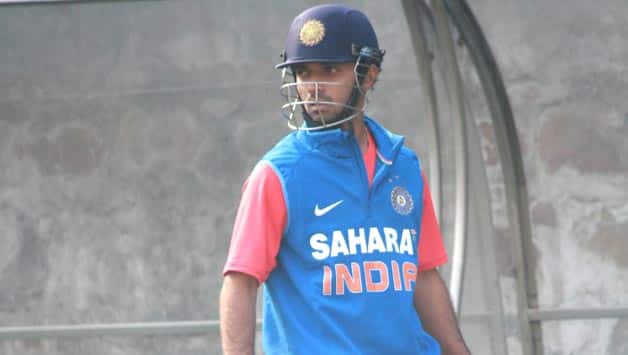 Fed up at being continually benched by Team India, Ajinkya Rahane has announced his retirement from Test cricket and sought an alternative career by joining the IT services giant Tata Consultancy Services (TCS).

“Frankly, I got tired of being on the bench. I was hailed as the ‘Next Big Thing’ in Indian cricket for a couple of years now, but my chance to don the Test cap has yet not materialised,” said a visibly distraught Rahane.

When pointed out by Faking News reporter that he could be on bench even if he joins TCS, Rahane said, “At least, there will be a few girls around in that bench. And on a related note, let me clarify that I’d continue playing IPL.”

Suresh Krishnan, a senior HR manager in TCS, welcomed Rahane’s decision, “He will be a valuable addition to the bench team. And we can allow him to play IPL if he doesn’t submit fake sick leaves for the rest of the year.”

Sources say that with Virender Sehwag being dropped, there was a possibility of Rahane being handed a Test debut. But BCCI, using Cricket Australia’s Player Management system, concluded that owing to spending insane amounts of time on the bench, Rahane had an 87% chance of developing a backache and hence Shikhar Dhawan is the No 1 choice to take Sehwag’s place as opener.

Following this decision, a desperate Michael Clarke is reported to have offered Rahane a place in Australian team for the rest of the ongoing Test series.

“Considering the shambolic condition of my team, Rahane will be a valuable addition and we are willing to present him with the Order of Australia honour if he does agree to join our team,” Clarke admitted to have extended the offer to Rahane, who resisted temptations of being able to actually play a Test match, and also being only the second Indian to be presented with the Order of Australia.

Reacting to the shocking retirement, Sachin Tendulkar said: “It was my dream to play with Ajinkya. I can’t believe he made such a hasty decision. I will miss him bringing drinks on the field. There is no replacement for experience.”

MS Dhoni also reacted to the retirement: “I have always maintained that a team should have a perfect blend of youth and experience. Same goes for the team on bench. He was our most experienced bench-warmer. His retirement has left a huge hole in the bench. We are hoping Manoj Tiwary gets well soon and fills that void.” 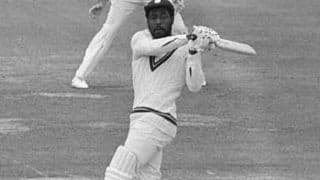 Vivian Richards: The most feared and devastating batsman in history