Ajit Pai was a bowling all-rounder with a short yet distinguished career for Bombay during their golden era.

Born April 28, 1945, Ajit Pai was a bowling all-rounder with a short yet distinguished career for Bombay during their golden era. Abhishek Mukherjee looks at a bowler whose Test career was curtailed mysteriously.

Exactly why Ajit Manohar Pai never played more than a solitary Test remains shrouded in mystery: he had all that demands an extended a long run at the top level. It had perhaps to do with his emergence in an era when the Indian bowling attack was heavily dependent on spinners, and you had to be a batsman at least as good as Abid Ali or Eknath Solkar to break into the side.

Putting his 5’11½” frame and strong muscles (due to exposure to tennis-ball cricket at an early age, by his own admission) to full use, Pai bowled in-swingers and off-cutters at brisk pace, and was a handy batsman down the order. Pai’s First-Class tally read a measly 35 matches, in which he picked up 85 wickets at an impressive 25.21 with 4 five-fors and a ten-for. Additionally, he also scored 872 runs at a handy 24.22 with 5 fifties.

The son of a Life Insurance Corporation employee (and a quality cricketer who had been invited for Ranji Trophy trials in 1942-43), Pai was born in Bombay in pre-Independence India. Like most Indian school-children, Pai had started with tennis-ball cricket. In fact, he never played with a seasoned ball till an age of 20.

Fortunately, at 20 a friend, who had been impressed by Pai’s performance with the tennis ball, advised the pacer to try out a cricket ball as well. He started playing for the Bharat Sporting Club — one that languished in G (the bottom) division. Bharat Sporting Club won all 8 matches that season, with Pai emerging as a star with 83 wickets.

Promoted to F-division, Pai once again emerged as a star, finishing with 79 wickets from 7 matches. His elder brother Aru was a member of the National Cricket Club, and yet another good season (43 wickets from 9 matches) saw him emerge as a star at club-level.

Though it was almost impossible to break through to the invincible Bombay side in the 1960s, a 23-year old Pai did the unthinkable, rising through the ranks fast; he found himself sharing the new ball with Ramakant Desai (ahead of Solkar) against Maharashtra.

Desai routed Maharashtra for 222 with a six-wicket haul, but Pai played his role, removing Chandu Borde and Sanjay Kirtane for the cost of 48 runs. In the second innings, too, he conceded only 39 as he snared Hemant Kanitkar and Vishwas Gore. A few good performances earned him a place in the Duleep Trophy encounter against North Zone.

After West Zone declared at 443 for 9 Pai scythed through the middle-order with figures of 4 for 65; he also claimed two catches, and North Zone were bowled out for 187. In the final he single-handedly bowled out South Zone for 251, finishing with 6 for 93. His performance that season made him an Indian Cricket Cricketer of the Year.

He started the next season on a high, routing Central Zone with a career-best haul of 7 for 42. With the selection committee on the lookout for fresh names, Pai made his Test debut in the first Test against New Zealand at his home ground alongside Chetan Chauhan and Ashok Mankad.

The only Test he played

Tiger Pataudi decided to bat, but a four-pronged attack consisting of Bruce Taylor, Dayle Hadlee, Bob Cunis, and Bevan Congdon bowled out the hosts for a paltry 156, Ajit Wadekar (49) being the only one to put up some resistance. Batting at No. 9 Pai scored a single before Congdon ran through his defence.

Pataudi gave Pai first over; Glenn Turner and Bruce Murray began solidly, but Pai got his first Test wicket when he got the latter caught by Chauhan. He came back later to have Mark Burgess caught by Abid Ali, and despite Congdon’s emphatic 78 New Zealand were restricted to a 73-run lead. Pai finished with impressive figures of 17-4-29-2.

India responded strongly thanks to some defiant batting from Wadekar and Pataudi, but New Zealand were left to score a mere 188. Pai scored 9 before Hedley Howarth bowled him. Pataudi did not want to take risks, and gave his three seamers — Pai, Abid Ali, and Rusi Surti — 2 overs apiece before turning to Bishan Bedi and EAS Prasanna. As things turned out, Bedi (6 for 42) and Prasanna (4 for 74) guided India to a 60-run victory.

Pai took up a job at Mafatlal, and played for them in the Moin-ud-Dowlah Gold Cup. His best performance came next season when he undid Saurashtra. Coming out at 117 for 5 Pai scored a career-best of 91 (nobody else reached 50) to take Bombay to 265. Then, he routed Saurashtra for 41 and 142 with 5 for 22 and 6 for 30. It remains his only 10-wicket match haul.

Pai continued to play for Bombay and Mafatlal, but with time his bowling lost its edge. His played the 1975-76 Ranji Trophy final against Jamshedpur. He smashed 46 but finished with a solitary wicket; already being forced to bowl up the wind (Abdul Ismail was the first choice) he even had to come on first-change after Sandeep Patil in the second innings.

It was the third Ranji Trophy-winning final that Pai had been a part of. He quit First-Class cricket after the match, at an age of 30.

A matriculate, Pai had obtained a Government Diploma in Architecture from Siddharth College. After quitting Mafatlal he went on to work as an Architect at Bank of Baroda. 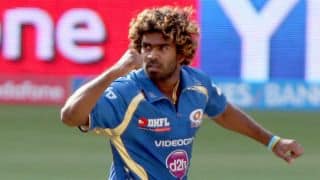