Alastair Cook's epic resistance in the second innings is yet another example of a left-handed opening batsman making it big against India. Arunabha Sengupta looks at how Indian bowlers have struggled against the southpaw openers in the last 20 years. 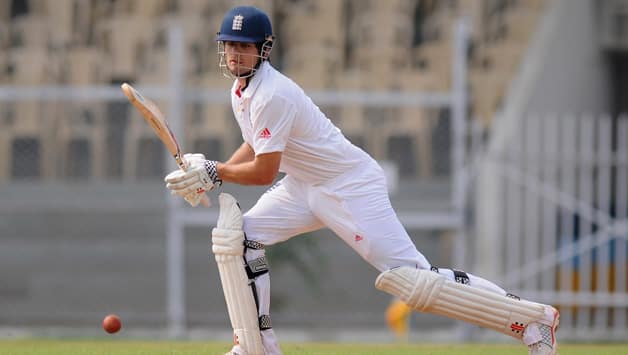 Overall, since 1992-93, left-handed opening batsmen have scored at 40.50 against India while their right-handed counterparts have managed an average of 33.29 © Getty Images

Alastair Cook’s epic resistance in the second innings is yet another example of a left-handed opening batsman making it big against India. Arunabha Sengupta looks at how Indian bowlers have struggled against the southpaw openers in the last 20 years.

It is largely accepted that Indian cricket turned over a new leaf from 1992-93, when the Englishmen under Graham Gooch visited and were trounced 3-0. The spin formula, a gamut of extremely talented batsmen and the Sachin Tendulkar magic hauled the Indian win-loss ratio to an unprecedented high from the depressing levels where it was accustomed to hover during their first 60 years of Test cricket.

Yet, if one looks at the figures since those days, it is very apparent that there is at least one area where the Indian bowlers have struggled. And Alastair Cook is the latest batsman to have exploited this gaping weakness.

Since the last 20 seasons, Indian bowlers have struggled against left-handed opening batsmen. Be it Matthew Hayden, Sanath Jayasuriya, Saeed Anwar or Cook of the present day, southpaws opening the innings have all scored big and consistently against India.

The figures tell a compelling story.

Overall, since 1992-93, left-handed opening batsmen have scored at 40.50 against India while their right-handed counterparts have managed an average of 33.29. That gives us an indication of how the bowlers have failed to breakthrough against the southpaws who have walked in to begin the innings.

Among all top-order batsmen who have played against India since 1992, the advantage is still with the left-handers, but the difference is much less striking.  Lefties have scored at 38.61 while the right-handers have managed 39.24.

It does seem that starting the innings as a left-hander against India is a lucrative option. It has always been this way … but while the advantage had been 41 to 37 in the pre-1992 days, the gap has widened considerably in the modern times.

Since 1992, the left-handed openers also score considerably quicker against India, at a strike-rate of 51.16 to the 44.66 managed by the righties. Of course, having openers like Anwar, Hayden, Jayasuriya, Marcus Trescothick, Chris Gayle and David Warner in the ranks definitely helps.

Overall 53 right-handed openers have batted against India in the last 20 years, scoring 11186 runs with 21 centuries in 348 innings. The left-handers have been fewer but more successful, 43 of them piling up 13570 runs with 33 hundreds in 356 innings.

Of the eleven opening batsmen with more than 500 runs against India in the last 20 years, as many as eight are left-handers.

The figures make it quite clear where the Indian think-tank needs to focus in order to break through early in the innings.