The account was described by Henry Teonge, a Royal Navy chaplain from Wolverton, Worcestershire.

By the 17th century cricket had spread across England, though it was far from being universally accepted among the cream of the society. The sport remained generally confined to the British Isles. Even if soldiers and sailors and other adventurers might have played cricket outside the islands, they certainly did not bother to document it till Henry Teonge did so on May 6, 1676. Abhishek Mukherjee recollects the incident and the events leading up to it.

The city, deemed by UNESCO as a World Heritage Site, has been reduced to ruins following what they have referred to as the Mother of Battles (or even Syria s Stalingrad). But, centuries before it became the epicentre of one of the fiercest and most brutal battles of recent times, Aleppo had witnessed one of the most significant incidents in the history of cricket.

Before we delve into the incident in question, it may be pertinent to narrate a line or two on the historic city.

Aleppo, close to the western end of the Silk Route, was the most important trade route for a long, long time. The Silk Route ran from China to the Horn of Africa, diverting towards the Indian subcontinent, Persia, Arabia, and Europe.

But the history of Aleppo goes far beyond that. In fact, Aleppo makes it to the shortlist for the oldest continuously inhabited city, competing with Argos, Athens, and Attica (all in Greece), Byblos and Sidon (both Lebanon), Susa (Iran), and a few others. Aleppo might even have been inhabited in the 6th millennium BC (I believe it is more fashionable to call it CE).

Since then Aleppo has changed hands many a time. Alexander the Great ran over the city in 333 BC. The Armenians conquered in 88 BC, only to concede it to the Romans twenty-four years later. The Muslims lay siege around Aleppo in 637 AD, eventually taking it over. They built the Great Mosque in 717.

Then came the Byzantines, the Seljuks, and the Christian Crusaders. Aleppo also survived two major earthquakes. The Mongols overran it in the 13th century, but by the 16th century the Ottoman Empire was in power. At its peak, Aleppo was the greatest city of the Syrian Region. Of all cities in the Ottoman Empire, Aleppo was next to only Constantinople and Cairo in size and significance.

William Shakespeare mentioned Aleppo at least twice in his works: the first witch of Macbeth mentions an encounter with the wife of the captain of the Tiger: A sailor’s wife had chestnuts in her lap / And munch d, and munch d, and munch d: / Give me, quoth I: / Aroint thee, witch! the rump-fed ronyon cries / Her husband s to Aleppo gone, master o the Tiger: / But in a sieve I ll thither sail / And, like a rat without a tail / I ll do, I ll do, and I ll do.

Before stabbing himself, Othello s final words were Write all this / And say besides that in Aleppo once / Where a malignant and a turbaned Turk / Beat a Venetian and traduced the state / I took by the throat the circumcised dog / And smote him, thus.

Aleppo remained a crucial city till the Suez Canal was opened in 1869, resulting in the rise in stature of Damascus. The Treaty of Lausanne came as a major blow for the city, for a chunk of the province went to Turkey, leaving only Aleppo and Iskenderun for Syria.

The situation took a further dip in 1939, when Turkey annexed Iskenderun, cutting Aleppo off from most of Syria.

Despite that Aleppo continued to remain the most populated city of Syria till the casualties in the recent Civil War that tore Aleppo apart.

One can only hope it stands the test of time.

The incident dates back to 1676. The Suez Canal was still almost two centuries away. Cricket had evolved in England, but it was still in its nascent stages in the 16th century one that John Major has referred to as The Forgotten Century in More Than a Game. Cricket was played, but was restricted to villages and parishes, and was popular among children.

Though Oliver Cromwell played the sport in 1617, the nobility and royalty were yet to adopt the sport. The Gaming Act of 1664 allowed gambling on cricket with a cap of 100.

Sailors and soldiers almost certainly carried the sport beyond the islands, but they did not care to document the matches till Henry Teonge of Wolverton, Worcestershire.

Teonge was 54 when he undertook the first of his two famous voyages, leaving behind his wife Jane, three sons, and a daughter. The decision to undertake the voyage at that age was almost certainly a result of heavy debts. The Assistance set sail under Sir John Narborough on June 1, 1675. It was a fruitful trip for Teonge one that fetched him about 75.

He would later make another trip, this time with the Bristol, commanded by Captain Antony Langston. It spanned 1678 and 1679. The voyage, though described vividly by Teonge, is largely insignificant for our tale, but merits a mention: The Diary of H. Teonge, Chaplain on board his Majesty s Ships Assistance, Bristol, and Royal Oak Anno 1675 to 1679 spanned both voyages.

A priest, Teonge was a chaplain of the Royal Navy on the voyage, and maintained an excellent, if slightly overenthusiastic, account of his tour. They set sail on June 1, 1675, and travelled through Malta, Cyprus, and Iskenderun before travelling on horseback to Aleppo.

Situated about 3,000 feet above sea-level, Aleppo even faced snow and frost in winter. Summers were pleasant, which meant that the British almost invariably enjoyed the climate. If we go by Stefano Bianca, the famous Citadel of Aleppo hosted at least a thousand people at that time.

It was perhaps these conditions that tempted the seamen to get involved in outdoor activities;, and history was created at Green Plat, a valley about 6.4 miles from Aleppo.

The diary entry on May 6, 1676 read: This morning early (as is the custom all summer long) at least 40 of the English, with his worship the Consull, rod out of the cytty about 4 miles to the Greene Platt, a fine vally by a river syde, to recreate them selves. Where a princely tent was pitched; and wee had severall pastimes and sports, as duck-hunting, fishing, shooting, hand-ball, krickett, scrofilo; and then a noble dinner brought thither, with greate plenty of all sorts of wines, punchs, and lemonads; and at 6 wee returne all home in good order, but soundly tyred and weary.

Note: The spellings are, of course, not what we use these days, but one can safely presume that the words are comprehensible.

There is no doubt that krickett is an earlier spelling of the sport that means so much to us.

On a lighter note, on the last day of the same month he mentioned the other cricket, also in an archaic spelling: At 9 o clock a crickett sang very merrily in the foot of our mizon, and was also heard a little the night before.

Mitcham Cricket Club, the oldest cricket club in existence, was founded nine years after the journal entry, following which cricket gained in prominence.

No known cricket activity (at least organised cricket at serious level) has taken place around Aleppo since 1676. With time the city gave in to football and basketball.

However, Lewis Gaston Leary wrote in his 1913 book Syria: The Land of Lebanon that thirty men play at cricket regularly in Olympia. Maybe there was some cricket, after all, though not in abundance. 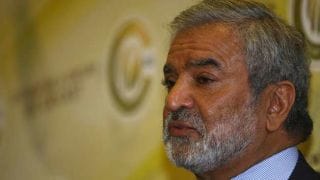