There is an inkling that Amit Shah will be nominated as BCCI's vice-president.

Narendra Modi’s trusted aide, Amit Shah, has taken over as President of Gujarat Cricket Association (GCA). While it was more or less expected, this move is just a stepping stone on his way to a possible post with the Board of Control for Cricket in India, writes Abhijit Banare.

Sports administration posts and politicians have shared a long-standing bond in India. And a spot with Indian cricket’s apex body — Board of Control for Cricket in India (BCCI) is certainly a big one. BCCI has seen many politicians occupying dual roles in the past, but it’s interesting to notice how the change in power presents a shift in certain positions. Amit Shah has been formally elected as President of the Gujarat Cricket Association (GCA).

Earlier, he held the post of vice-president with the board, while the current Prime Minister of India,  Narendra Modi was at the helm. This isn’t big news as while he was away campaigning for his party, his son Jay Shah was handling the affairs of GCA.  However, after his elevation as GCA President, Amit Shah, eying on a top post with the BCCI can’t be ruled out.

Rumours are already abuzz that he is likely to be nominated for the post of vice-president with BCCI from the West Zone (currently held by Ravi Savant). In the recent past, Rajeev Shukla, N Srinivasan’s trusted aide was an integral part of BCCI and also held the Parliamentary affairs portfolio. He was seen juggling between parliament and Indian Premier League (IPL) 6 matches last year. Arun Jaitley held the top post with Delhi District Cricket Administration (DDCA). From an outsider’s perspective, politicians end up neglecting the responsibilities that accompany with the post on most occasions, but from a political perspective, a post with BCCI helps to put across their influence strongly; the most recent one being the return of Sharad Pawar to Mumbai Cricket Association (MCA).

BCCI is the richest sports body in India and cricket being the most followed sport in the country, a cocktail of these two is something politicians vouch for. According to an Indian Express report, BCCI is trying to woo the Modi government by including Amit Shah  in their affairs. “ [Amit] Shah’s entry as a BCCI vice-president is a formality, no opposition can be expected. He will surely play a decisive role in the BCCI in case [Narendra] Modi comes to power,” BCCI official was quoted in the report. At the same time, BCCI too requires to be on good terms with them.

Cricket is one of the few sports which has a private body and has resisted the influence of the government in India. It becomes critical for the board to be on good terms with the government and Amit Shah’s presence as vice-president can soon be a reality.

What would be more interesting to see is that whether Modi’s trusted aide is interested in holding the post for the sake of having a presence like most of his fellow politicians did or exert his influence in the affairs. 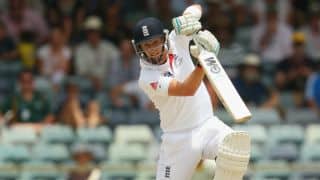