How many India vs Pakistan matches do you know that were played on dried lava?

Two teams, comprising of members from the United Nations peacekeeping missions, clashed in a cricket match on March 2004. Abhishek Mukherjee describes one of the more unusual India-Pakistan cricket matches.

Give it a bat and a ball, and cricket will find a way into your life especially with Indians and Pakistanis around.

Obviously, the force was represented by several nations. However, the Ituri Brigade, formed in September 2003, had a subcontinental flavour to it: it consisted of soldiers from India, Pakistan, Bangladesh, and Nepal (along with some from Indonesia and Morocco as well).

The match in question was played at Goma, on the Congolese border. In fact, Goma is almost adjacent to Gisenyi, Rwanda. Both cities are located on the banks of Lake Kivu.

About 15 miles north of Goma is the crater of the active Nyiragongo Volcano. The 2002 eruption had devastated the city. Lake Kivu itself is susceptible to limnic eruptions, which may put thousands of residents under threat.

But life goes on in Goma, as it did in 2004. It is not clear how the UN force acquired a bat and a ball, but sure enough, as soon as they did that, a team of Indians prepared to take on another, of Pakistanis. The exact date of the match is not known. However, possibilities of India s tour of Pakistan in the same month cannot be ruled out as a source of inspiration.

There was barely a blade of grass on the lava-blackened ground. The upper layer of the soil was mostly dried lava, which gave it a hue of black. Old crates of guns, painted in dazzling white, stood out in stark contrast with the outfield to mark the boundaries.

They decided on a 20-over match. This had nothing to do with the fact that the first T20 match had started in England only a few months ago. They merely had to finish the match before the night patrols started.

But infrastructural shortcomings could not dampen the enthusiasm of the cricketers. The match was as intensely contested as if it were in Karachi or Kolkata, one Donald Turner wrote to Wisden.

Umpiring was not of the highest order. Turner added that the LBW law was interpreted liberally . However, you can hardly blame the umpires: how could they focus if they have to stop a match every now and then? You see, soldiers from non-cricket nations kept walking behind the bowler s arm. They even committed the cardinal sin of walking on the pitch.

The offenders were not too happy themselves, either. The UN warned me about gorillas attacking us, but not cricket balls, complained a Swede.

There was one major interruption, when a herd of goats escaped the prison farm, ran on to the ground, and chased a Pakistani fielder away. The goats were followed by prisoners, their guards … but all was well in the end.

India beat Pakistan in the end. Or perhaps they joined hands to defeat bloodshed, at least temporarily.

MONUSCO India XI beat MONUSCO Pakistan XI in a 20-over match. No other detail is available. 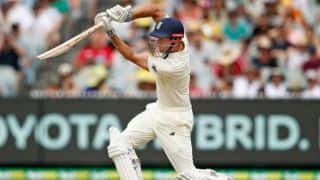 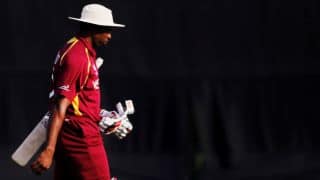