The Indian Premier League (IPL) has been discredited. The Board for Control of Cricket in India (BCCI) has emerged as a spineless, conspiratorial and politicised club that lacks transparency, ethics and integrity. The names of players, including Test cricketers, umpires, and Bollywood stars and starlets have been linked to bookies and spot-fixing. N Srinivasan, the BCCI president, maintains he is above board, despite his son-in-law, Gurunath Meiyappan, being arrested and mounting evidence for betting and possible fixing. 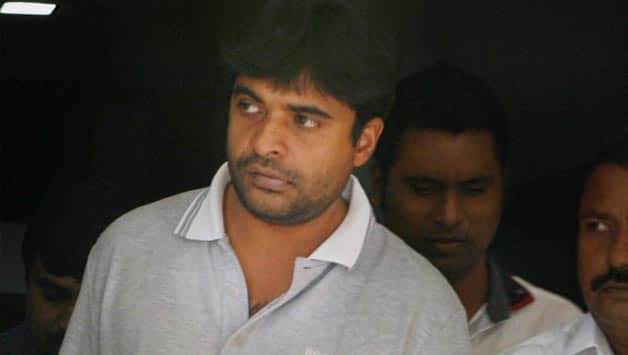 Logically, if Gurunath Meiyappan (above) lost money in some games, he didn t fix these matches. One can always argue that it was criminally wrong for him to have betted at all, but he cannot be accused of the larger crime of fixing. The point one has to make here is that there is a difference between betting and fixing, although both are illegal © PTI

The Indian Premier League (IPL) has been discredited. The Board for Control of Cricket in India (BCCI) has emerged as a spineless, conspiratorial and politicised club that lacks transparency, ethics and integrity. The names of players, including Test cricketers, umpires, and Bollywood stars and starlets have been linked to bookies and spot-fixing. N Srinivasan, the BCCI president, maintains he is above board, despite his son-in-law, Gurunath Meiyappan, being arrested and mounting evidence for betting and possible fixing.

However, the fact remains that this is possibly the saddest moment in India’s and global cricket history after the match-fixing scandal rocked the game in the late 1990s. More importantly, in the media frenzy to report the latest events, facts and part of the truth have been distorted, twisted and manipulated. Readers and viewers are no longer sure what the core issues are, and why the BCCI has refused to take strong action against Srinivasan. So, here is a primer on IPL, betting and fixing.

In his press conference, the BCCI president said that he does not own Chennai Super Kings (CSK), one of the most successful Indian Premier League (IPL) franchises, whose captain is MS Dhoni. It is India Cements, the company with 1,00,000 shareholders, which purchased the franchise through an open auction. Thus, there was no conflict of interest between him, as the BCCI head and also the head of the Tamil Nadu Cricket Association (TNCA), and his alleged ownership of an IPL team.

This is true to an extent as CSK is just a division of India Cements, which legally is a corporate entity with thousands of shareholders. One person or a few persons do not control the team. What is forgotten here is that Srinivasan, his wife Chitra and their daughter Rupa (wife of Gurunath) are listed as the promoters of the company. Srinivasan is its vice chairman and managing director, and both Chitra and Rupa are on its board of directors. In real situations, even though the board may include independent members, the promoter(s) call the shots in most management decisions in India.

What is crucial here is that if Srinivasan does not think of himself as CSK’s owner, why did he take an informal permission from the BCCI before India Cements participated in the team auctions? And why did the BCCI, in September 2008, change its constitution to allow its members and officials to associate themselves with the T20 format, specifically IPL? Until then, the rules forbade them to be linked with cricket in a profitable manner because of the possibility of conflict of interest.

The matter is now in the Supreme Court, after its two-judge bench gave a split decision on whether Srinivasan was in the wrong, and whether he should have bought CSK, while serving as a BCCI official. On July 15, 2013, the apex court’s higher bench will hold a final hearing on this issue. The BCCI president may either go, relinquish his hold over CSK, or be proved correct in less than two months.

How is Gurunath connected to CSK?

In last few years, Srinivasan’s son-in-law has emerged as the public face of CSK. He was present at the players’ auction, where he did the bidding to buy players. He gave post-match interviews when CSK played IPL games. Pre-season, he talked to the media about the team’s future strategies. His visiting card said he was ‘Team Principal’ of CSK. Recently, when the head of IPL governing council, Rajiv Shukla, wrote an email to IPL team owners, he included Gurunath’s name in it.

But what one has to analyse here is whether the title of ‘team owner’ or ‘team principal’ was Gurunath’s official designation, as legitimised under the Companies Act. In addition, did Gurunath work for India Cements, draw a salary from it, and legally manage the CSK’s division? If the answers to all these questions are ‘No’, Srinivasan has a strong case that his son-in-law was just a ‘cricket enthusiast’, whose attachment to CSK was informal and he did not draw any salary from India Cements.

This would be akin to Lalit Modi, the suspended head of IPL governing council, who called himself the ‘IPL Commissioner’ although there was no official designation like that. The media dubbed him that and everyone knew him by this ‘unofficial title’. Srinivasan may say the same was true about Gurunath. This will put the BCCI president on a high legal ground, but an abysmally low moral ground. The distinction whether Gurunath was part of team owners or not is crucial to the survival of Srinivasan and CSK.

IPL rules state that if team owners bring disrepute to the game or BCCI, the franchise can be banned. Since Gurunath has been arrested for illegal betting and fixing, and if he was deemed to be part of team owners, CSK’s days are numbered. The IPL rules also state that in such cases a disciplinary commission will investigate the issues. At his press conference, Srinivasan said he would not be a part of any decisions related to the constitution or working of this commission (Rajeev Shukla has since asked Srinivasan to “stay away” till the probe is over, an advice the board chief reportedly turned down; and a three-member commission has been set up to probe allegations of spot-fixing and betting in IPL matches, as also look into Gurunath’s alleged role).

Two points need to be noted here. In its official statement, when the BCCI banned Gurunath from cricket, it categorically said that he was ‘an accredited team official (of CSK)’ and a ‘member of team management.’ This assumes that Gurunath was intrinsically connected to CSK and also to Srinivasan, the main promoter of CSK’s owner, India Cements. But if CSK survives, it will render the clause related to team owners and disrepute absolutely meaningless.

Ironically, if something can turn into Gurunath’s favour, it is the fact that he illegally betted on IPL games, including those that involved CSK. It can possibly save him from the charge that he fixed matches. Vindoo Dara Singh, one of the bookies arrested by police, revealed that Gurunath betted with him on several matches, and lost Rs 10 million. Of the nine matches, in which Srinivasan’s son-in-law placed bets with Vindoo, he lost money in almost half of them.

Logically, if Gurunath lost money in some games, he didn’t fix these matches. One can always argue that it was criminally wrong for him to have betted at all, but he cannot be accused of the larger crime of fixing. The point one has to make here is that there is a difference between betting and fixing, although both are illegal. Millions of people bet on IPL, as we all know, but only a few fix the games. Therefore, a distinction has to be drawn between the two crimes.

Over the past two weeks, several experts have contended that legalisation of betting would stop fixing. International experience does not prove this. Fixing in games like football is rampant in countries where betting is legal. The Pakistani cricketers banned for spot-fixing in England hooked up with bookies in a country where betting was legitimate. Bookies and betting syndicates will use any illegal means (like match- and spot-fixing) if it can change the odds in their favour.

Ever since the IPL fixing scandal surfaced, critics have clamoured for new laws. A close look reveals that while some of them may work, others are irrelevant. Law Minister Kapil Sibal said he would introduce new laws against match-fixing. While this may allow police to act faster in such cases, the issue is of efficient implementation. If the anti-corruption units of ICC and BCCI did not pinpoint fixing and betting in IPL, how can one expect police to do it consistently?

There is suddenly renewed interest in the sports bill, which will bring BCCI, a privately registered society, into the government’s ambit. However, given links between BCCI and politicians from across the political spectrum, the bill is likely to collect dust. A similar legislation in the past suffered a similar fate as the main beneficiaries of BCCI’s monetary clout are politicians from all parties — Congress, Bharatiya Janata Party (BJP), and even most of the regional political parties. Will they let go of BCCI?

A few TV channels talked about the imposition of corporate governance ethics in IPL, somewhat like what are applicable to listed businesses under the Companies Act. But, as mentioned earlier, BCCI is a private society; it does not come under the ambit of Companies Act. For this the composition and constitution of the board has to change. This has not happened despite several efforts in the past 15 years. Who can bell the BCCI cat is the real question.

The Times of India wrote that insider trading laws, as applicable to listed companies, should apply to sports. It is a noble thought, but there is a difference. Insider trading laws, as governed by market regulator Securities and Exchange Board of India (SEBI), apply to legal stock market transactions, where someone has purchased or sold shares, which are based on information that is not available to the public. However, when the entire universe is illegitimate, as is the case with betting and fixing in cricket, what can legal rules achieve? Insider trading norms can serve no purpose here.

Never! IPL is the goose that lays golden eggs for the board, as well as other stakeholders like team owners, present and past cricketers, and state cricket associations. BCCI earned a ‘surplus from the IPL 2011’ of over Rs 265 crore in 2011-12, which was more than double the figure of over Rs 118 crore in 2010-11. It was the highest the board earned from any of the other avenues, such as income from tours, Champions League, media rights, sponsorships and interest.

The same is true for most players and some of the teams. CSK, for instance, earned a profit before interest, depreciation and tax of over Rs 40 crore on revenues of over Rs 140 crore in 2011-12. In the next year, its revenues were down a tad, but operating profits plummeted. We have heard of how young and relatively unknown players earn several lakhs of rupees during the two-month IPL season. The renowned domestic and international players earn millions of dollars.

In his recent press statement, Srinivasan said that “IPL is very important… This season over 21 lakh bought tickets… In the last season, new world-class stadia in Ranchi, Rajkot, Pune and Dharamsala… were built using funds generated by the IPL. Over 200 former cricketers have received a one-time fund (of)… over a Rs 100 crore from funds generated by the IPL”. What the BCCI president rightly surmised was that it was all about money, and cricket may be damned.