Anandji Dossa had for long been the helpline for radio commentators.

Anandji Dossa, the doyen of Indian cricket statisticians, passed away on September 22, 2014 at the age of 98. Arunabha Sengupta pays tribute to the extraordinary man who had for long been the helpline for radio commentators.

In Calcutta during the 1980s, there was a popular quiz question, often floated by Derek O’Brien — “What is the cricketing connection between Pan, Dossa and Colah?” The poser used to evoke more than a little mirth. After all pan (betel leaf), dossa and colah (banana) are well known to Bengalis as food items. And the answer — umpire Sambhu Pan, statistician Anandji Dossa and Test cricketer Sorabji Colah never failed to draw its share of chuckles.

In that context, it is a rather curious coincidence that the venerable statistician Anandji Dossa passed away on September 22, the same day that Sorabji Colah was born way back  in 1902. As a man who delighted in numbers and facts all his life, Dossa himself would have probably found it hilarious. Perhaps he realised it with his last breath — after all, he remained amazingly lucid till his last days. That is saying something, given that he lived till the ripe old age of 98.

The life was as full as it was long. Dossa gained lasting renown as a cricket statistician — a much needed vocation in a country that is prone to treat the game as mythology built out of stretchable facts. But, his sphere of activities went much further.

In his early days Dossa was a promising cricketer. He was a decent batsman and a fine wicketkeeper, who turned out for PJ Hindu Gymkhana. There was one snag, however. He seldom got to don the big gloves, because a certain Madhav Mantri also played for the Gymkhana. In 1941, he went as far as becoming the reserve wicketkeeper for Bombay, and also for the Hindus in the Pentangular tournament. But, with Mantri doing the job for both the teams, he did not get to play First-Class cricket.

Besides being a statistician, Dossa also had a phenomenal collection of cricket books. These included rare treasures from the early years of Indian pre-Test days — Parsi Cricket by ME Pavri, 1901, Stray Thoughts on Indian Cricket by JM Framjee Patel from 1905 and the first ever encyclopaedia on Indian cricket compiled by WD Begg, published in 1929, and rare annuals of the 1920s are just some of the items. Most of them find their place in the shelves of the Anandji Dossa Library of the Cricket Club of India. Apart from this, his collection of newspaper cuttings on the game bordered on being unmatched, and are of immense value for historians.

In 1950, legendary batsman Vijay Merchant, then a commentator with All India Radio (AIR), was fascinated by Dossa’s incredible gift for memorising numbers associated with the game. It was Merchant who introduced Dossa to the commentary box, where he soon became a permanent helpline for commentators.

According to an interview given to CricketCountry on his 97th birthday, Dossa’s fascination with documented facts and figures started at the early age of 16. In 1932 when India toured England for the first time, Dossa had been in Shimla when he was fascinated while reading a written account of Naoomal Jaoomal scoring 139 against Middlesex. After that, he started collecting small articles and pasted them religiously in his scrapbook.

In 1950, legendary batsman Vijay Merchant, then a commentator with All India Radio (AIR), was fascinated by Dossa’s incredible gift for memorising numbers associated with the game. It was Merchant who introduced Dossa to the commentary box, where he soon became a permanent helpline for commentators.

How good was he?

Pearson Surita once asked Dossa how many runs Pankaj Roy had scored with and without his glasses. It took the number man only a few minutes to provide the answer. And then there was the moment when Mansur Ali Khan Pataudi was at the crease and Merchant sat wondering whether he had ever been run out. Immediately Dossa was at hand, “Once — in the Moin-ud-Dowlah.” There was no web-based searchable databases those days.

Dossa called it a day as the AIR statistician after the fifth Test between India and England at the Brabourne Stadium in February 1973. It was the Test in which Farokh Engineer and Gundappa Viswanath got hundreds and Tony Greig cradled the Viswanath like a baby before scoring 148 himself. It was also the last Test during which the listeners in India heard AFS Talyarkhan’s voice from the commentary box.

In his interview, Dossa had remarked that the authorities had postponed his retirement multiple times before Sudhir Vaidya took over from him after the England series.

On his 98th birthday in 2014, Dossa was living with his daughters in USA when good wishes reached him from Wisden. The editor of the cricketing bible, Lawrence Booth, wrote, “I’m afraid I’ve never had the pleasure of interacting with Mr Dossa, but I would like to wish him a very happy birthday on behalf of everyone at Wisden and hope he scores hundred and many more.”

South African statistician Andrew Samson, who won the Statistician of the Year Award from The Association of Cricket Statisticians and Historians, voiced, “I have not had any direct contact with Anandji Dossa, personally. I am, however, well aware of his work. His contribution to cricket statistics, especially in India is immense and I wish him a very happy birthday and look forward to him reaching a century in a couple of years.”

Dossa did not quite get his hundred, but came very close. However, what mattered was not the final figure but the way the years had been spent. As mentioned earlier, it was one of the fullest of lives. 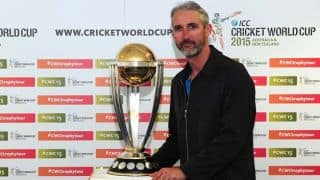 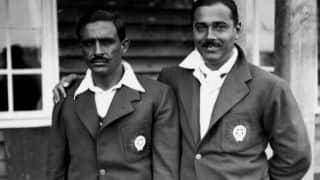