Kate Cross became the first woman to play in the Central Lancashire League.

Kate Cross recently made headlines for becoming the first woman to play in the Central Lancashire League, and made headlines when she picked up eight wickets against Unsworth. Sudatta Mukherjee spoke to the English bowler about the eight-wicket haul, being part of the men’s dressing room, IPL-like tournaments for women cricketers and Women’s Ashes.

CricketCountry (CC): Recently, you made history by becoming the first woman to play in the Central Lancashire League. Not only that, you picked up three wickets against Clifton. Against Unsworth you picked up eight wickets, the best bowling figures in this season in the league till now. What has been going on in your mind? How was the reception on the field and back home?

Kate Cross (KC): It was pretty surreal to be honest. I didn’t take eight wickets in any game before. It was obviously a big achievement for me. It is something I never imagined I will do. It was a very nice day. My brother Bobby was on the field. My dad was watching. My sister was there. My mom does a bit of scoring. It was a family day for us.

My brother got some runs: he got 65, which was nice. I have grown up playing with boys and men in Lancashire league and have played all the junior age groups. A lot of people obviously know that Heywood has a girl who represents them. I got a standing ovation, which was really special. I will remember it for a long time.

CC: You becoming the first woman to play the 123-year-old league had taken the cricketing nations by storm, especially among Indians. How did it happen?

KC: I grew up playing my cricket in Heywood. I started playing when I was eight. Now I am 23. Our captain Danny Pawson asked me whether I can play because we were short of bowlers. So I checked my England schedule whether it will allow me to play and I would love to play and help Heywood for a few games. We have the Ashes at the end of July. It allows me to play at the start of the season, so Danny just picked me on based on merit. READ: Mithali Raj is an emblem of relentless pursuit for success

CC: The men’s dressing room is a lot different from the women’s. You said in an interview that you have been using the disabled toilet and then came in for team talks. Was there a different atmosphere with you around in the dressing room?

KC: The lads are really good with me. I have grown up playing with a lot of them, so they are used to having a girl involved in and around the changing room. There is obviously some difficulty over my changing place, so I have been using the disabled toilet. Heywood have just started a project of trying and building new changing rooms this winter. It is a bit difficult at times, the changing part. Other than that they are all brilliant with me. They don’t really treat me like a girl in the men’s team, but just another player. READ: Andrew Flintoff, the protagonist of two successful Ashes campaigns

CC: Sarah Taylor played for Walmley, becoming the first woman to play in the first team in the Warwickshire League’s 125-year history. There have also been Clare Connor and Arran Brindle. It is becoming a pattern. What is the reason for this? Did they inspire you?

KC: They were seriously good cricketers who have played big roles for England. Sarah is a major cricketer now. Girls in England are becoming better cricketers. The fact that we are given professional contracts is proof of that. We are taken a lot more seriously now. We have got the facilities to train and have become better cricketers. The likes of Arran and Clare were pioneers to that. I was very lucky to play some of my international cricket with Arran. I have also played against Clare in County fixtures. I am obviously very lucky to see Sarah. I am lucky to share the dressing room with her. They are seriously good cricketers who probably changed and created a bit of history for women’s cricket.

CC: While the interest and viewership for men’s cricket increase day by day, Women’s cricket garners attraction only during big tournaments. What is your view on the kind of attention and money that men cricketers earn today?

KC: I think people do see now women are getting better at cricket and are able to put a bit of show. This obviously means that people will want to watch us play. Australia are considering a Big Bash for women. That is just a perfect example of how seriously women are being taken. The fact that money is going into it, sponsorships and contracts and the World Cup we are having in Bangladesh this year speak volumes of the current standard. As the standard of Women’s cricket gets better, people will want to come and watch. I think the participation is key. We are starting to get more girls at a younger age, which is going to be key to the success.

CC: Do you think there should be T20 tournaments like IPL and BBL for women that may help in increasing the sport among women?

KC: Yes. I heard Australia are probably taking the initiative of having a Big Bash for the women. I am not sure, whether anything has come out of it, but there are lot of girls interested in it. It has started to get on the right direction. I wish if people only see the standard with which the girls play. Then they would probably have realised we can be as good as the men at times.

CC: You come from a sporting family. Who has been your idol?

KC: My personal idol will be my dad. He was a professional back in his day and has always encouraged us with the sports we play. My dad is really brilliant at advising. However, when it comes to a cricket idol it has been Andrew Flintoff. He is from Lancashire as well, and is a fast bowler; it is always great to see and remember the part he has played for England. I always remember him coming out to bowl in the Ashes.

CC: Your brother Bobby and sister Jennifer also play cricket. Your father David might be known for being the FA Cup winning member of West Ham United, but he also played for Heywood. How has your childhood been and being the first professional cricketer from the family?

KC: I come from a sporting background. My mom even played netball and a bit of squash as well. We have all played sport. It is probably a big achievement for me to have the professional contact. I never thought I would get there. I am really proud of all that my family has achieved. My brother played cricket for Lancashire for a season as well. My sister has been a super league netballer. I am really proud of them. It feels great to carry on the Cross family name.

CC: It is frustrating for a bowler when a fielder drops a catch. Your brother Bobby dropped one off your bowling very recently. What was your instant reaction on the field? Was there a big showdown at home afterwards?

KC: We joked about it before the game of how it would be nice if he got a catch from me, so in the scorebook it would read ‘caught Cross bowled Cross’. He assured me that he would catch anything that came his way that day. Unfortunately, he put that catch down. It was a very difficult chance. He dived, but before he could grab it popped out of his hand. You know that picture made me laugh quite a lot. It was really a nice picture. I wasn’t too frustrated because I know he is notoriously too good for his catching and has got a safe pair of hands. I guess it was a one-off day. He was more disappointed than me.

CC: The Women’s Ashes will be held in England this time. How are the preparations?

KC: We have been training for the last six weeks now. We meet in ECB’s National Cricket Performance Centre in Loughborough, our base. We train every Wednesday and Thursday. We have been really busy and have been training hard so that we can move forward and make sure we are best. We are also making sure there are no injuries. I can assure you we are at our best. We are all looking forward to it. The Ashes is always important. The men have their Ashes coming up as well, which means there will be lot of excitement.

KC: That is a good question. Maybe in ten years we can see that happen. There will be probably a lot of cricket for the women.  Till now a lot of the girls had to take up their time from work and play The Ashes. The team is full of professionals now, which allows for longer ropes and preparation time for Tests. We were very lucky to play a Test against India after ten years. These are good for women’s cricket. I think there were eight debutants in the game, so it was really special for the Indians that they came to England and played a Test match — and won it. So you will see that more nations would want to play Test cricket.

I think Women’s Ashes is a unique, multi-format contest. The best team across formats wins, because you cannot hide due to the points system. I think the format stabilises the series, and it can go till the last ball of the contest. This keeps the spectators involved and both enjoy watching the game. 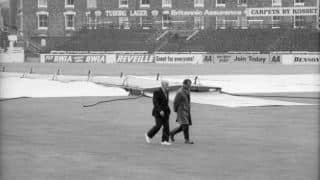 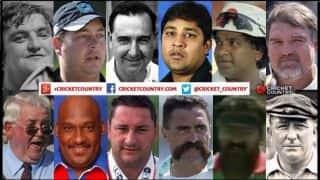