1. Legends: Andy Bichel made his debut for Australia in the year 1997. During his tenure, he played with greats like Steve Waugh, Mark Taylor, Ian Healy, Michael Bevan, Shane Warne, Ricky Ponting, Brett Lee and Glenn McGrath.

2. Handy low-order bat: Besides being a stylish medium-fast bowler, Bichel was also handy with his bat which was seen during the ICC Cricket World Cup 2003 against New Zealand in a crucial match of Super Six stage. Australia were floundering at 84 for seven when Bichel came to the crease. The only recognised batsman at the other end was Michael Bevan with whom he added 97 runs. Bichel scored 64 runs and helped Australia to post a defendable total.

3. 2003 World Cup: Bichel was selected as a backup for Brett Lee, Jason Gillespie and Glenn McGrath in 2003 World Cup. But he later came into the team in place of Gillespie and registered figures of seven for 20 against England and ended the tournament with 16 wickets at an average of 12.31.

4. Nightmare for Brian Lara: When Australia toured West Indies for Frank Worrell Trophy Test series and seven One-Day International (ODI), Bichel troubled Brian Lara, who was at his peak in that time. In the Test and ODI series combined, he dismissed Lara seven times out of 15 instances the West Indian legend batted on that tour by Australia.

5. Bring Back Bichel: After playing his last Test series in 2003-04, Bichel was not expected to play again for Australia neither he was offered a contract by the board. However, he continued his good run in domestic circuit and wanted to make a comeback. Some of his dedicated fans used to came to the ground with banners saying, Bichel to be brought back into the Australian team , which resulted in a Bring Back Bichel campaign.

6. 12th man: Despite giving good performances for Australia, Bichel was kept out for long periods because of the presence of players greats like Brett Lee, Glenn McGrath and Jason Gillespie. Bichel was 12th man in 19 Tests.

7. Team man: Former Australian captain Steve Waugh wrote in his autobiography Out of My Comfort Zone about Bichel s exclusion, Whenever they were involved in line-ball decisions at the selectors table, it was perceived that they [Bichel and Kasprowicz] would take a demotion in the right spirit and better than the other candidate. They never did whinge or drop their bundle, and both played a major role in setting the benchmarks of character and building the pyramid of success the current [2005] Australian side continues to maintain.

8. Injury: After being around Australian team for six years after 2003, Bichel always hoped for a comeback, but couldn t. It was not about his performance; it was his fitness, especially his shoulder injury, which led to his retirement from the sport on February 9, 2009. 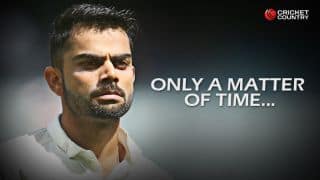 What to expect from the Virat Kohli era of Indian cricket! 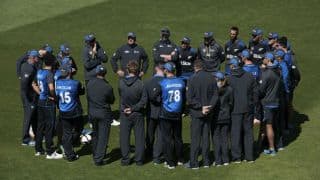