Fraser is currently Managing Director of the Middlesex County Cricket Club and Chief Selector of the England cricket team.

In the 1990s, Angus Fraser captured 165 Test wickets at 26.86 in 43 Tests, the best by an England bowler by some distance in terms of both wickets and bowling average. He picked up 13 five-fors, his closest rival being Darren Gough with 6. Yet, his career was restricted to just 46 Tests, which saw him taking 177 wickets. Fraser is currently Managing Director of the Middlesex County Cricket Club and Chief Selector of the England cricket team. Arunabha Sengupta caught up with him at Lord’s.

Cricket Country (CC): You were the most successful England bowler in the 1990s. Yet, your career was limited to 46 Tests, significantly less than what some others managed. Was it due to your troublesome hip, or was it due to Ray Illingworth?

Angus Fraser (AF): Both really. I played eight or ten Test matches before I had my hip problem, and then when I came back a lot of people said I was not the same bowler as I used to be. So, there was a sort of question mark hanging over me. It was something I constantly battled with after my hip operation. And I think Illingworth (chairman of selectors) felt the same way.

I missed two years and a bit because of my hip injury, and then Illingworth had his doubts and there were another 18 months before he disappeared. So, there are three sections to my career. It was a combination of selection and injuries.

I think if I had played another 20 Tests, which would have made 65 Tests, and if I had taken another 80 wickets, which was basically what I was doing four per Test and if I had ended up with 250 wickets at 27 in 65 Tests, it would have been a true reflection of what I had to offer. 177 looks rather meagre compared to what some others have got.

CC: From your record, it does seem you loved bowling in the West Indies. What was the reason for this?

AF: The pitches were definitely a reason. I was not very quick and I liked bowling on pitches where a lot of balls hit the stump. So my natural length was a stump-threatening length and in West Indies that was ideal because of the degree of bounce in the pitches. The West Indians always tried to play attacking cricket on those pitches against my style of bowling, and that can be very risky.

Curtly Ambrose was very successful on those pitches (of course, he was successful everywhere). Glenn McGrath was good in the Caribbean. Tall bowlers bowling a lot of balls that would hit the stumps is a very good way of bowling there.

CC: The first England captain you played for was Graham Gooch. You have said that you enjoyed his approach towards fitness and discipline.

AF: Gooch is the best cricketer I have played with for England. A great player. He had great motivation to score runs. It was the way he went about his business.

I played for Middlesex, and it was a much disciplined county side. Mike Gatting was captain, and it might not really suggest discipline, but the side that I came into in the mid-80s was full of great cricketers. They knew what they had to do to be professional cricketers. So, I got an idea from them, how to conduct yourself and focus on fitness training.

And then Gooch took it to another level. You saw how he used to train, how fit he was. My belief was that I had to be physically fit enough to do the job that was asked of me wherever I played. So, I used to train bloody hard as well. Gooch did it and it worked for him, he was scoring 333 here and big hundreds elsewhere, and so it was good enough for me.

CC: Why was it that you published memoirs about your tours for England and we don’t really have a lot of reminiscences about your home Tests?

AF: I’d always kept diaries when I went away on the tours. So, I had a lot of material to work with. When I made my Test debut, the late Reg Hayter was President of my cricket club, Stanmore. He suggested I keep a diary.

CC: Of course, certain incidents on your tours were quite interesting to say the least, for example the Tiger Moth flight…

AF: The timing wasn’t great because we were having a pretty miserable tour. So, it was a bit naive to do it.  But it was a bit of fun too.

I didn’t think David Gower deserved to be sent home or anything like that, and should probably not have been fined either. It was quite amusing for us and we had some laughs as players, but probably the timing wasn’t right.

John Morris was, however, not quite as good a cricketer. He never played for England again. Whether he would have played more for England or not, I don’t know — but I think he has a good story to tell, hasn’t he?

CC: Coming to your role as a selector and the forthcoming Ashes, is it a worrying factor that James Anderson hasn’t played a lot of First-Class cricket in recent days.

AF: It’s always a juggling act between playing too much and playing enough. Even if you plan to have a quiet match with 15 overs, you may end up bowling 25 to try and win the game.

If you look at it, they have been in Australia from January preparing for the World Cup, bowling every day. It was not a very good performance but they worked hard. Then they went straight to the West Indies for three Tests, then straight into two Tests against New Zealand over here. So there are a few miles he has done.

I wouldn’t say you ever get it perfectly right. You could do with a bit of cricket and not too much, but you always run the risk of having to do a bit too much. I think someone like Jimmy knows what he is doing.

Stuart Broad, I would think he needs to bowl a little more and that’s why he has been playing. He likes to think he is in the same place as Anderson as a bowler, but he is not. So, he needs to play a bit more. I think it needs to be managed on a person to person basis.

It is more important for a batsman to be in the game. Gary Ballance has not played the last week, and it will be interesting to see how he does. No matter how well you bat during practice it doesn’t replicate in match situations, especially the Ashes. Even playing for the county does not really replicate the environment you walk into in a Test match against Australia. You hope that the big stage brings out the best in players.

I remember on a couple of tours I went on Graham Thorpe was never any good from the start and neither was I. We were pretty ordinary in some warm-up games and used to say “BMT” (Big Match Temperament) to each other.

CC: The series against New Zealand saw some great cricket in every form of the game. Would you say there is a chance we will see such exciting cricket in The Ashes as well, with high rates of scoring, plenty of positive strokeplay and all that?

AF: It was a different feeling, because England did win a few games, which not a lot of people thought they would do. There was a huge amount of negativity

For the series against New Zealand, as a selector I didn’t expect England to play like that.  A huge credit should go to captain Eoin Morgan and coach Paul Farbrace for the one-dayers. They created an environment for players to go out there and play as they did, and that has caught everybody’s imagination, and made everyone feel a bit more positive about English cricket.

But in the Tests, Alastair Cook, Ballance, and Ian Bell, three of England’s top four, will not go out and play like that, and nor should they. That’s not their strength. Cook has the record runs in Tests for England and 27 hundreds; Ballance averages over 50 in Test cricket; Bell is a very good and very experienced; so they will go out there and play as they can. For them to go out and try to play like Jason Roy or Alex Hales will be wrong. One hopes they will manage to neutralise the Australian bowling and if they score 270 to 280 in a day for three or four, that will be a good position to be in.

CC: As the Managing Director of Middlesex County Cricket Club you satisfied with the progress of the team in the county championships?

AF: Perhaps not in the T20s, but yes in the LVCC. We had a disappointing T20 season last year, and spent a lot of time last winter focusing on white ball cricket, hoping to improve, adjusting our selection. We started slowly in this season, against Nottinghamshire and even Oxford. We were not particularly good against the University even though we won the game.

We wondered whether we had spent too much time focusing on white ball cricket and not enough on red ball cricket. But fortunately that has not been the case. We have won quite a few, against Sussex, Hampshire, Somerset, Durham… we lost a tough game against Yorkshire, and even then we competed against them, the best side of the country. 9 games into the championship, we have won 4, drawn 4 and lost 1. It’s a pretty good effort, something we ought to be pleased with. In T20, we started well, but have not been able to maintain it.

CC: As far as Middlesex is concerned, are you looking at getting more local talent into the mix?

AF: People from all over generally come in to London for work. There is a higher percentage of Australians, South Africans, New Zealanders and others than in some other cities. That’s why the side is not quite Middlesex-oriented. When I came into the side in the 1980s, there were only two or three Middlesex players: the rest were collected from elsewhere. It is more or less the same now, but we want very much to get Middlesex-born cricketers coming through the system. We should produce cricketers in Middlesex which has a huge population.

The ugly issue is how much cricket is played inside North Circular where most of the population is. In the South-East, a lot of the private schools do produce decent cricketers. A lot of our cricketers tend to come from private schools around the M25. We have got very good relationship with Buckinghamshire, Berkshire. Some of their better cricketers come through as well. It is certainly our desire to produce more home grown cricketers. A club like Ealing, the strongest in the county, has produced more cricketers than anyone else. We can do with more clubs like that.

Over the last three or four years, we have developed a structure, with regional coaches, which we hope will result in more club and local cricketers coming through. 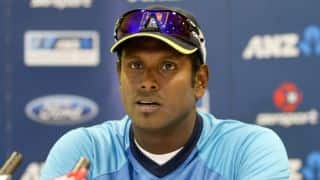