Born September 23, 1958, Anshuman Dattajirao Gaekwad, is a former Indian cricketer, a gutsy right-handed batsman, who was known for raw courage.

Born September 23, 1958, Anshuman Dattajirao Gaekwad, is a former Indian cricketer, a gutsy right-handed batsman, who was known for raw courage. Gaekwad did not have the finesse nor the elegance but he had the courage. He was widely reckoned for his temperament and ability to focus. Gaekwad rendered his services as a national coach for India two times and helped many budding talents in blossoming during his stints. He featured in 40 Tests and 15 One-Day Internationals (ODIs) for India and did a decent job with the bat. On his birthday, Suraj Choudhari pens down 12 lesser-known facts about the batsman who almost met death while batting.

The Great Wall: For every cricket fan, the name of Rahul Dravid springs to mind whenever the nickname – ‘The Great Wall’ is spoken of. But, surprisingly, Anshuman Gaekwad earned this nickname long back in his career for his defensive approach against the likes of intimidating West Indies bowlers, who were the best in the business during his era.

Kolkata Connection: Gaekwad made his Test debut against West Indies on January 1, 1975 at Eden Gardens in Kolkata. Since then, he played 40 Tests for India, in which he amassed 1,985 runs at 30.07. Interestingly, his final Test also came at the same venue against England in December 1984. Very few cricketers get a chance to finish things off where it all started and Gaekwad was surely one of them.

Testament to his patience and temperament: Gaekwad was widely known for showing monk-like patience in tough situations and on this occasion he proved it with a bang. In the second Test of Pakistan in India Test series at Jullundur, Gaekwad silent his harshest critics with a double ton, which contained immense dedication and hard work. Batting first, Pakistan posted 337 runs in the first innings to which India got off to a rocky start. They lost early wickets but Gaekwad stood his grounds. He played with unmatched confidence and scored 201 off 436 balls and batted for 671 minutes. This was also it was then the slowest double-century in First-Class cricket. The match resulted in a draw but Gaekwad made a name for himself and also recorded his finest score in Test cricket. This outing itself speaks about his ability to stick around in difficult situations.

Almost met death: Cricketers in that era didn’t have the privilege of advanced safety gears like the contemporary cricketers do. In the pre-helmet era, Gaekwad suffered a nasty blow on his ear and almost met death against West Indies in Jamaica in 1975-76. Michael Holding was bowling in great rhythm and looked unstoppable. A noxious bouncer, which Gaekwad failed to read, struck him on his ear while he was batting on 81. Holding was also one of the fiercest bowlers of that era. The injury was severe as Gaekwad had to be hospitalised immediately and was in the ICU for 48 hours. He had to undergo couple of surgeries due to the deadly strike. He was quoted in a report from Times of India, while speaking on this incident, “Unlike modern Test centres, Sabina Park has short sight screens and to make it worse, the commentary box was located directly above it and was dark. When Holding bowled from round the wicket, you just didn’t pick up the ball early. One delivery split my middle finger. Out of frustration, I made an incorrect gesture at Holding. That infuriated him and the next one was a thunderbolt which I lost sight of and the ball hit me on my right ear. My glasses flew all over the place and there was blood all around.”

Hearing problems: Gaekwad was struck on his right ear and the impact was huge. Despite undergoing couple of surgeries, Gaekwad continues to have issues in hearing.

Ended First-Class career on a high: Gaekwad bid adieu to First-Class game in style as he smashed a scintillating ton for Baroda in his ultimate encounter.

National Selector: Gaekwad rendered his services as a national selector between 1992 and 1996.

Team India coach: Gaekwad passed on his knowledge of the game to the budding talents by becoming the coach of the side. His first stint as the coach lasted for less than two years, which was from October 1997 to September 1999. He preceded Madan Lal after India went through a torrid time on the field but was later succeeded by Kapil Dev. He worked well with the shorter format side but the 1999 tour to Australia and a dismal 1999 World Cup campaign brought an end to his era.

Coached again: Gaekwad was once again appointed as the team coach, but this time his span lasted for few months. After Kapil quit, Gaekwad took the responsibility and was later replaced by John Wright.

Favourite landmark in Chennai: Gaekwad’s favourite place in Chennai is to go to Mahabalipuram and relax in Fisherman’s Cove, as he said to Chennaibest.com.

Backed Sourav Ganguly for the coach:  Gaekwad backed former Indian captain, Sourav Ganguly, to coach the Indian national side in 2015. In an interview with ibtimes.co.in, Gaekwad said, “Surely, he can do a great job as coach of the Indian team. He is very expressive and does not keep quiet about things, which is an important character of a coach. Along with it, he is a very experienced cricketer, which will help him even more. But, Ganguly needs to manage players well from the man-management point of view.” 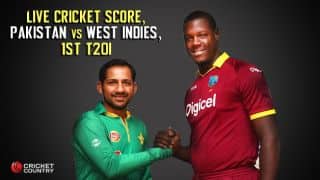 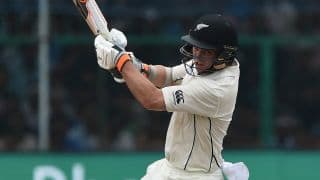